LeAnn Rimes has been working overtime trying to get attention from what appears to be the object of her obsessions – Brandi Glanville. Just yesterday she did what LeAnn does best, she tweeted a passive aggressive swipe calling Brandi the, “bad witch.” 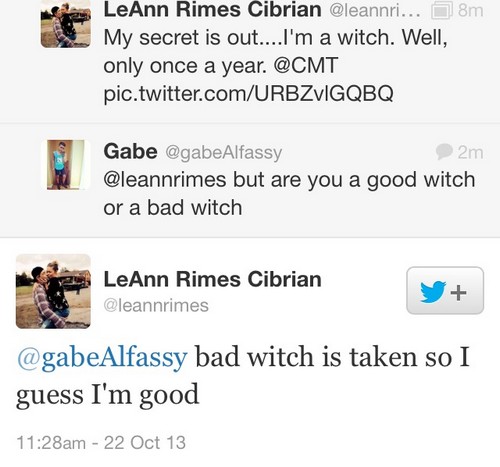 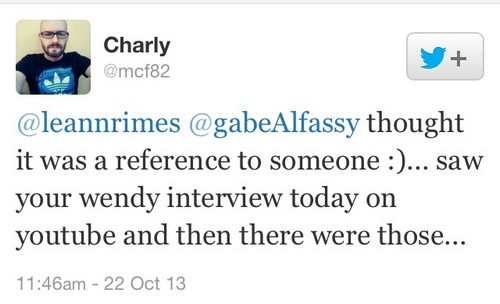 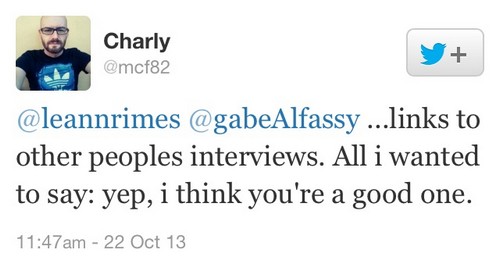 Taking daily swipes at Brandi – the mother of the two stepsons she claims to love – is LeAnn’s norm. What is also norm is encouraging those who bash Brandi. A few days ago I saw that she responded to @irene-sybil, a twitter account that like LeAnn is obsessed with all things Brandi, and devotes most of its tweets to bashing Brandi. Their first exchange – that I noticed – was this one: 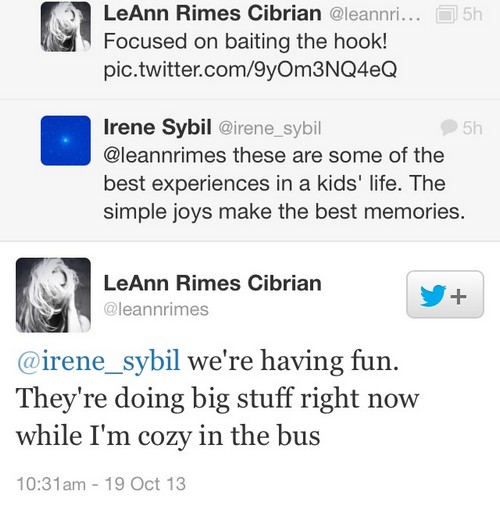 Then this morning she further befriended this account by retweeting @irene-sybil: 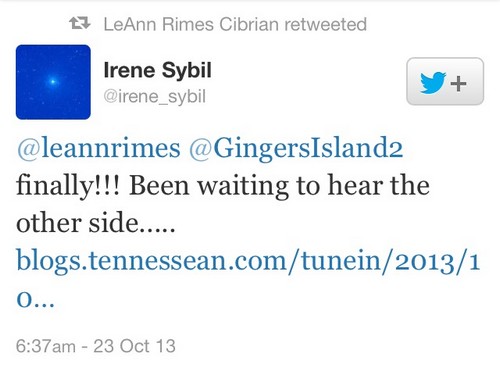 For years it has been suspected that LeAnn encourages Brandi bashing and has even set up fake accounts to do some aggressive (as opposed to her usual passive aggressive swipes) bashing herself. Engaging with someone whose whole account is dedicated to hate towards Brandi is very telling of the classless and vindictive character of Ms. Rimes. For her part Brandi has asked for peace and has never encouraged others to bash LeAnn. That right there is the difference between a woman and a little girl.

Also of note, LeAnn who doesn’t seem to be working very much these days just tweeted about the 7 day vacation she is going on: 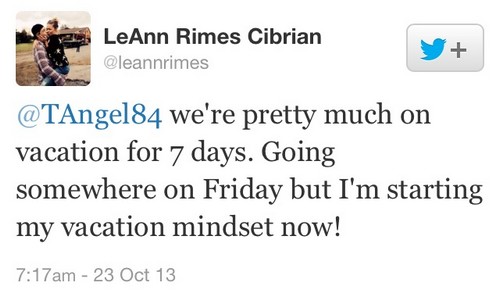 Instead of going on another vacation why doesn’t LeAnn use this time to finally sit for her pre-trial deposition? Why is she avoiding this deposition? What is she afraid of? Could it be that she afraid that if she lies while under oath at her deposition she could face jail time – but her truth is too embarrassing and proves that like her this lawsuit is a joke? In that case DROP THE LAWSUIT. There is a family suffering monetarily and otherwise because of this lawsuit, and yet LeAnn refuses to take the necessary steps to move it forward. At this point I think it is time that the other side of this suit files the necessary paperwork asking the Judge to hold Ms. Rimes in contempt of court for blatantly avoiding this necessary part of the court procedure. But that is just me.

Unlike one commenter suggested I do not think that LeAnn kills kittens and drinks their blood (although I wouldn’t put it past her to boil a bunny, á la Fatal Attraction), but I do think that she is a terrible person who uses her celebrity and money to hurt people. At this point I consider it my civic duty (makes what I do sound so important doesn’t it), to call her out on her every lie, so that she can no longer go to the media and play the victim. LeAnn you cannot be the victimizer and the victim, and we all know which one you REALLY are.