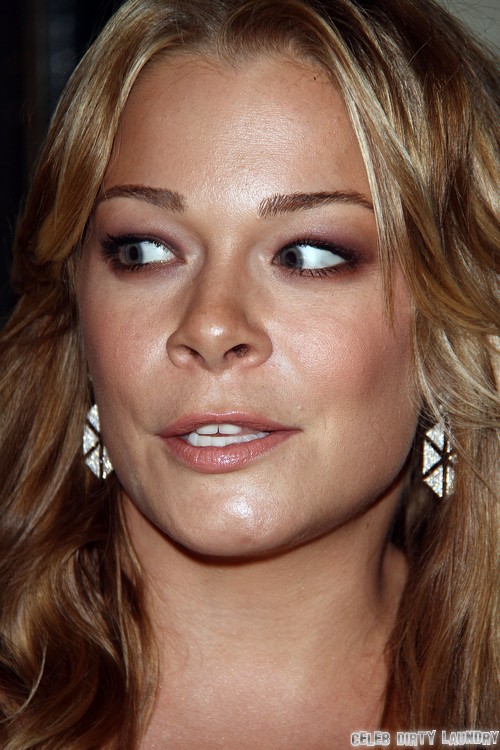 Time to break out the champagne and confetti and start celebrating because the day we have all been waiting for – a day long overdue – has finally arrived (and I have to write this in caps because I feel like shouting it from the rooftops): LEANN RIMES’ FRIVALOUS INVASION OF PRIVACY LAWSUIT AGAINST KIMBERLY AND LEXI SMILEY HAS BEEN DISMISSED!!!!! For those of you who don’t know, LeAnn was out at lunch with friends when she decided to call Kim and Lexi to harass them for writing favorably about Brandi Glanville.

LeAnn then turned around and sued them for invasion of privacy, in a lawsuit that angered many because it was a deplorable example of a person using their celebrity and resources to hurt a family in an effort to deflect from their own bad behavior, instead of accepting responsibility for their own actions and moving on. Now the courts are forcing LeAnn to move on, because her lawsuit has been dismissed (for a second time), but this time this time she is prevented from re-filing the case (**doing my happy dance**).

I am not going to lie I got chicken skin, and tears in my eyes when I learned the good news because simply put the world can be disenchanting at times, so it is nice when we are reminded that sometimes good DOES conquer evil. It serves as a reminder there is hope even in the darkest of times, and what the Smiley family endured because of LeAnn was indeed dark times. They were up against a celebrity with deep pockets and a vengeful agenda. But through it all they had a tough group of supporters – the Smiley Army – that worked tirelessly to spread the word and help raise money to help with the Smiley’s mounting legal bills.

I am going to end with some reactions from twitterverse, but before I do I just want to say that this post is dedicated to the Smiley’s and to all those who donated money, a retweet, or a write-up because today we are all winners.

“@MsNancyMitford SMILEY VICTORY PARTY!!!! CASE DISMISSED!!!!!”
“@kristenwheeland [to the Smiley’s] So happy for u and ur family. Congratulations.”
“@blockedbyleann The light smiles on truth :)”
“@chrischarlie Victory is so sweet. Proud to have been a contributor to the fight and win!! Bless this family!”
“@SnarkyStudent23 Whoop Whoop!!! Maybe @leannrimes will learn some compassion and take responsibility for herself after this…”

And last but certainly not least:

And indeed it will. Now go celebrate everyone because today is most certainly a good day.