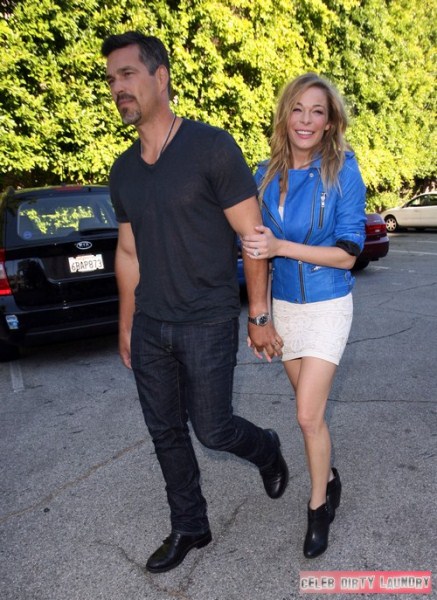 She may have checked herself into a treatment center with the hopes of learning how to deal with the stress that life hands her better, but don’t think for one minute that LeAnn Rimes trusts her husband. Months after that inpatient therapy stint and after some of the media frenzy has died down, the warbler admits that she was suicidal due to thoughts that her husband, Eddie Cibrian would cheat on her.

According to the February 4th print edition of the GLOBE, Leann still is afraid that it will happen, in spite of their extended conversations about how important fidelity is for them. This new insight comes on the heels of waitress, Scheana Marie’s claims that Eddie tried to hook up with her while sporking LeAnn. Scheana has admitted to having a long term affair with Eddie while he was married to Brandi Glanville.  She claims that Eddie started sniffing around her again after he split with Brandi but before she was aware of LeAnn (follow that?).

What should we all learn from that tangled mess? Probably that LeAnn has every reason to believe that Eddie will stray, especially since she began as his side chick!  She likes to tell a story of them being fated for each other and how they belong together. Maybe LeAnn has no intention of cheating but I just have a hard time believing that Eddie can be faithful. His history for years now has indicated that one woman, no matter how devoted just isn’t enough. LeAnn’s paranoia doesn’t make him faithful, it just means he has to be sneakier!

Do you think that this couple has even a remote chance of a lasting relationship? Or is LeAnn going to get a big dose or karma sooner rather than later? Tell us your thoughts in the comments below!