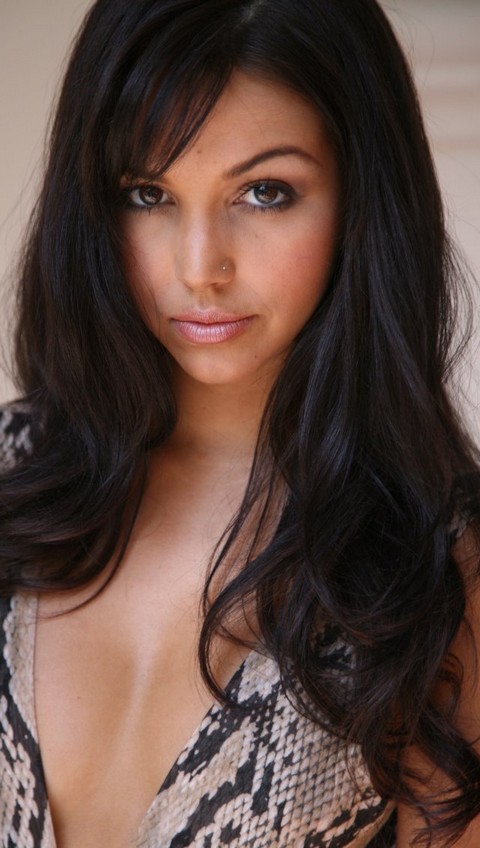 Eddie Cibrian is a serial cheater – there’s no denying it. But rather than shaking things up, he keeps cheating with the same much-younger woman Scheana Marie. The SUR waitress and aspiring actress/singer and all around fame whore was bedding Eddie when he was married to Brandi Glanville and with LeAnn Rimes. And now it seems, she’s decided to cash in on her trashy ways to try and make a name for herself. LeAnn is reportedly furious that her concerns about Eddie cheating on her have proven valid and I can only imagine she’s considering a trip back to rehab to save her shattered sanity!

Scheana is now “starring” on RHOBH Lisa Vanderpump’s new reality show Vanderpump Rules, set in Lisa’s restaurant SUR. Lisa says it’s the kind of restaurant men like to bring their mistresses to, not their wives. With servers like Scheana around, looks like men can find a mistress on the menu. I wonder what kind of services she’s offering? On the first episode, Brandi “happened” to stop by and gave Scheana an earful about her cheating ways – she even called her a starfu**er! Aptly put, though how much of a star is Eddie these days? Brandi must have been talking about the other men Scheana’s bragged about bedding…

She’s certainly taking full advantage and trying desperately to parlay her face time on Vanderpump Rules into a full time career in Hollywood. Scheana tried to play coy and told RadarOnline she was hesitant about the show saying, “I was a little bit apprehensive at first. I didn’t know if I wanted to do reality TV while trying to be an actress.” Sweetie, come on, you’re 27 – waitressing is your career – unless you decide to make mistressing your full time calling. Please.

I’m thinking Lisa was smart to put the tabloid tart front and center to drive controversy, and hopefully viewers, to tune in to Vanderpump Rules. Scheana told RadarOnline, “This type of show was the most perfect thing for me at the time, because it’s not just a reality show, it’s a career-based driven reality show. “You’re going to see me in the recording studio and see me on the set of a TV show. Vanderpump Rules is not just a typical reality show where we all try to be famous. We’re trying to make our way to the top, and the cameras are there to capture that.“

What’s really funny is how Scheana delusionally refers to herself. Get this – she told the mag, “With me, who already was an established network TV actress, I think the camera is just capturing me continuing my work.” For your viewing pleasure, here’s a snapshot (below) of her IMDB page showing her TV work. She’s had seven total episodes over the past five years – one on RHOBH where she was minimal and the rest were on minor shows with the exception of one episode of 90210 which I’m sure was a bit part. If that’s established, I’ll eat my favorite Prada bag. Please. 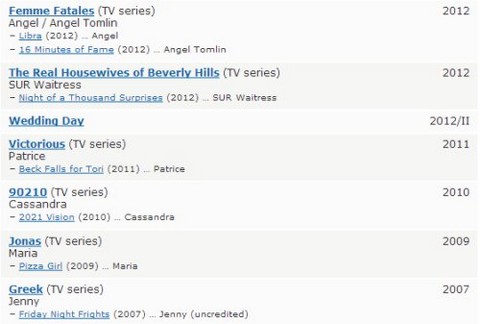 Scheana (again deluded) compares herself to Britney Spears and says, “She’s my number one role model. I’ve always hoped to be at that level. I’ve always loved that type of music and her dancing. That is what I’m trying to do now.” At 27, Scheana is nearly as old as Britney and Brit-Brit has been famous since she was a kid. The premiere episode showed her recording her single which sounded more like porn than pop-music. You will never be at that level – you will never even reach the level of Brit at her lowest – head shaved and crazy, much less her apex. Please.

Eddie’s two-time mistress told the tab her goals saying, “The thing with me is my career is very versatile. I would love to host an entertainment news show like Giuliana Rancic, or act on a show like 90210, where I could even continue to pursue my music.” Scheana, I’m sure your career is versatile – you can work the lunch shift or the dinner shift, right? Giuliana has both bachelor’s and master’s degrees in journalism and you have experience waiting tables. See the difference? And finally, reference the IMDB snapshot above, she had her shot at 90210 and it seems they weren’t interested in keeping her.