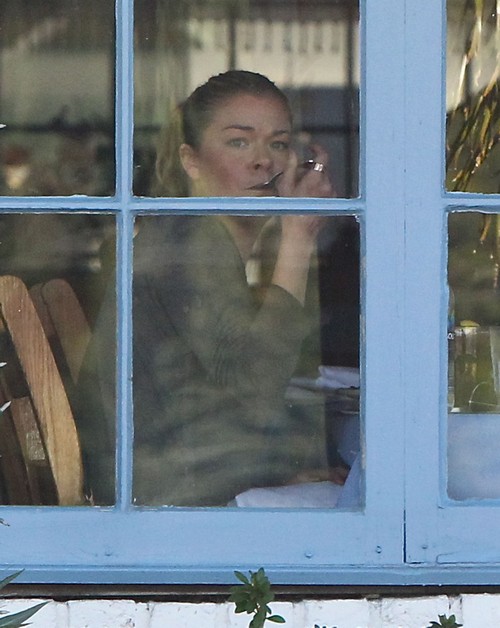 I think Eddie Cibrian might be a little bit smarter than I ever would have given him credit for. I mean, okay, he has the ability to successfully juggle several women and a couple kids without anyone catching on for quite awhile, but that’s a whole other kind of smart. I mean, this guy is being pretty strategic right now. His crazy wife, LeAnn Rimes, was able to talk Eddie into shooting a reality show for VH1 though not because he’s excited to be back on television….

According to the Nov. 11th print edition of Star Magazine Eddie has a totally different agenda. His already lousy reputation has caused him to suffer through LeAnn’s meltdowns in silence. He threw away a perfectly good wife and time with his kids every day in order to ride her crazy train so he knows better than to complain publicly. However, putting a camera on LeAnn constantly means that everyone will get to watch just how psycho she is without him ever having to say a word.

Rumor has it that Eddie will be pulling the plug on their 2 year marriage once filming finally wraps because then people will understand why he needs to run like hell from the woman that he fought so hard to justify being with. Perhaps this is exactly the kind of chick that Eddie deserved to end up with, at least for a little while. I’m pretty sure that Brandi Glanville would consider LeAnn to be the perfect karma, don’t you think?

Will you tune in to watch Eddie and LeAnn’s reality show? Do you believe that their days as a couple are numbered? Tell us your thoughts in the comments below!