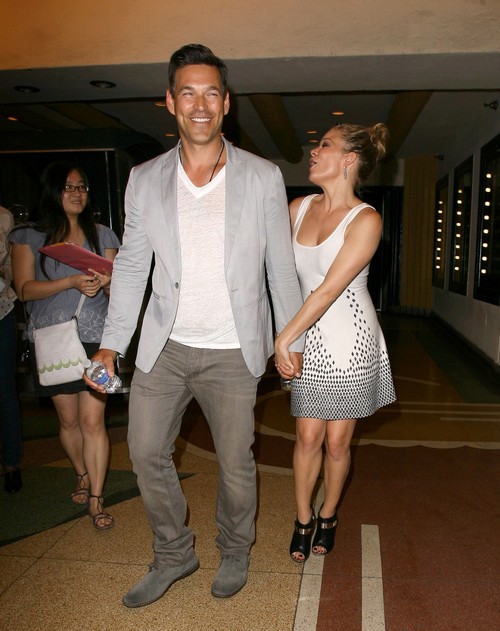 Another reality show couple bites the dust. At this point, I don’t even know why anyone assumes that they will last, but some people seemed to be under the delusion that LeAnn Rimes and Eddie Cibrian would go against the mold. Alas, there are rumors from Perez Hilton that LeAnn and Eddie are heading for divorce, which isn’t much of a surprise when you consider either of their dating histories.

Let’s recap, shall we. LeAnn and Eddie first met while filming a Lifetime movie, when they were both married to other partners. They then obviously cheated on their respective partners with each other, and eventually ended up getting together. We know all of this courtesy of Eddie’s ex-wife, Brandi Glanville, who Eddie so unceremoniously dumped after meeting LeAnn.

However, with LeAnn’s and Eddie’s new reality show announced, you have to wonder how long they’ll last. First of all, both LeAnn and Eddie are clearly not what you’d call committed to their relationships, since we know they’ve already cheated before. Secondly, a couple appearing together on a reality show almost always leads to a disaster, and LeAnn and Eddie may also be facing the same situation soon enough.

First of all, revealing every intimate detail of your private life on television just for the sake of ratings is never a good idea. I mean, it’s not like that thought ever crosses into these people’s heads, but it’s a fact. Second, LeAnn’s and Eddie’s relationship seems pretty precarious to begin with, so how much damage would a reality show be able to do? Well, probably a lot.

What do you guys think? Could their reality show spell doom for the couple, or will they be strong enough to face it and come out stronger? Let us know your thoughts in the comments.