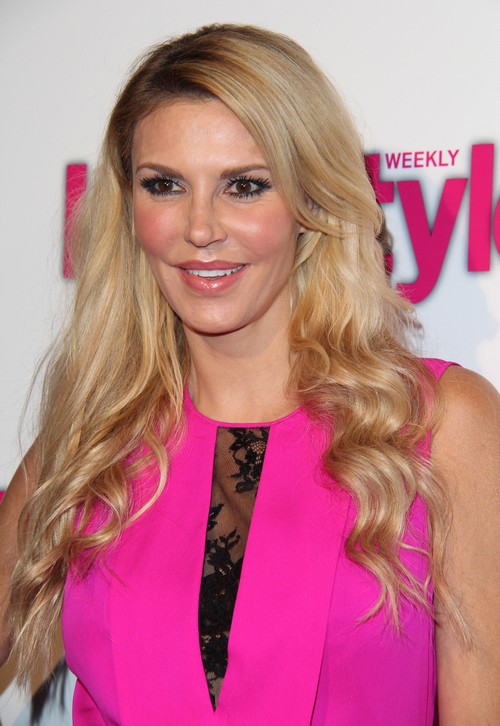 It was only yesterday that LeAnn Rimes took to her twitter to unleash her nasty by taking a swipe at Brandi Glanville and one of her friends in an attempt to get their attention (which by the way didn’t work since they couldn’t care less what this washed up yodeler has to say). I chalked it up to just another day bad day at the Cibrian/Rimes household (which is also probably true), but it seems another reason that Rimes was looking for a fight was because once again Brandi got an invite to a social event from which LeAnn was shunned. While Brandi was at Life & Style magazine’s Hollywood in Bright Pink event, LeAnn was spending another lonely night at home with nothing but twitter and a libation (or five) to keep her company.

Further fueling LeAnn’s bitter fire is that at the event Brandi made amends to Giuliana Rancic, who once said in no uncertain terms that she was Team LeAnn. It was only a year ago that Giuliana proved her alliance to LeAnn by publicly calling Brandi, “nuts.” Brandi who was understandably upset at the time tweeted this about Giuliana’s low blow,

“It’s sad because I’ve been rooting for her through her illness. Hopefully her man doesn’t leave her and give her surrogate baby to a bonus mom.”

That is when Giuliana went all ghetto and said on Watch What Happens Live, that if Brandi ever mentioned her baby again she would, “cut her.” Whoa Giuliana whoa. To me it seems someone so fiercely protective of their child would have had sympathy towards Brandi who has to deal with exploitation of her two boys by LeAnn on the daily. But that is just me and I tend to err on the side of rationality.

But as they say the past is the past, and at the Life & Style event Brandi proved that she is more forgiving than most by making nice with Giuliana, even tweeting her a nice message: 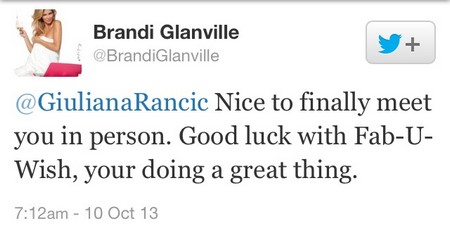 This can’t sit well with LeAnn who refuses to play nice with Brandi, and continues to attack her hoping for a reaction. Seems LeAnn could learn a thing her two from Brandi – like how to let bygones be bygones.