LeAnn Rimes Reveals Herself As A Twitter Stalker: She Blocks People Then Stalks Them! 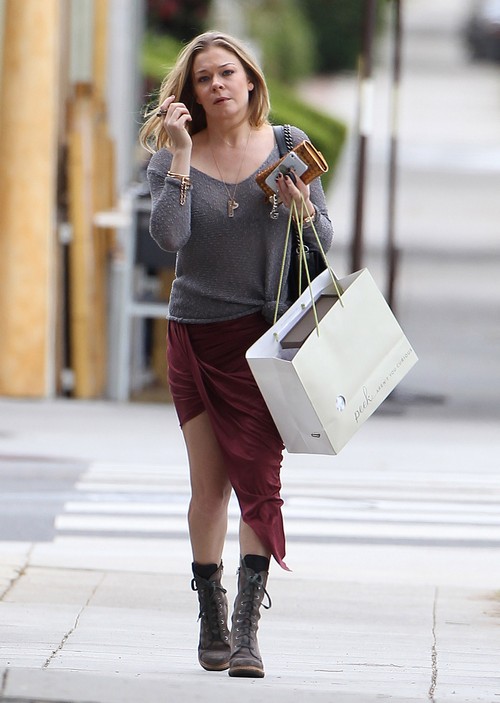 There isn’t much that LeAnn Rimes can do to surprise us these days. In just four years she has displayed unusual behavior including bullying, taunting, gloating, and stalking that has sunk her career, has presumably caused problems in her marriage, and has also landed her the not so coveted number 12 spot on Star’s Most Hated Celebrity list.

Normally her stalking seems to be reserved for her husband Eddie Cibrian’s ex-wife Brandi Glanville. The list of LeAnn stalking and copying Brandi is extensive and you can read all about that in an earlier CDL post where you will read that LeAnn hasn’t been accused of being a single white female for nothing. This time she took a break from stalking Brandi to stalk people on Twitter – people she has blocked from her account simply because they have shared their disapproval of LeAnn’s disrespectful and insensitive behavior.

Yes LeAnn blocks and attacks people for having an opinion. Actually you do not have to tweet her directly or even be hateful and she will block you. In fact you don’t have to have ever tweeted her to get blocked. Trust me I know. Well on Monday Ms. I-am-so-happy Rimes appears to have been sitting in her closet trolling the Twitter timelines of all the people she blocks and claims to never see their tweets because she went and mistakenly responded to them in an empty tweet which she quickly deleted. Thanks to one of the recipients of this blank tweet @denaliblue1 we got a screenshot – and screenshots are forever LeAnn you of all people should know that by now. 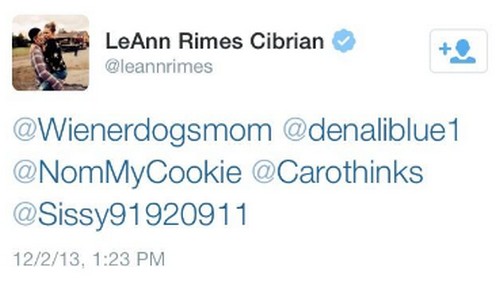 Another recipient @Sissy91920911 wrote about LeAnn, “caught in a lie! Thought she NEVER see’s us.” Oh LeAnn put the flask down when you tweet. Seriously put it down. This is embarrassing and @Sissy91920911 brought up a good point (and what was particularly funny about this latest gaffe), the fact that LeAnn goes on and on about how she doesn’t see or read anything negative, and yes you know I gots me proof y’all. Here is one:

There are many more examples of her saying she doesn’t see the negative things written about her but you get the picture. From her latest oopsie we now know that not only does LeAnn see what is being written about her, but she seeks it out like some crazy masochist (just add it to her list of possible disorders). Hey LeAnn instead of blocking all these people you should have just followed them, it makes it a lot more convenient to troll their timelines. I mean I am no time management specialist but that does seem to make the most sense.

Previously it had been suspected that she stalked Twitter timelines of regular folk because she would block people who never tweeted her like this guy:

I keep saying that this is no way to gain fans – and when your last two albums bombed and you are currently without a label you NEED fans – like this person she blocked for no reason and who actually liked LeAnn’s singing:

What LeAnn did on Monday by mistakenly responding to a Twitter conversation she wasn’t in, by people she has previously blocked, is confirm the suspicions that she spends a lot of time stalking people on Twitter; A confirmation that has photographic evidence to back it up … bless her Twitter trolling heart.