Leonardo DiCaprio Had Sex With Seven Models During Cannes Film Festival – Nasty Or Good For Him? 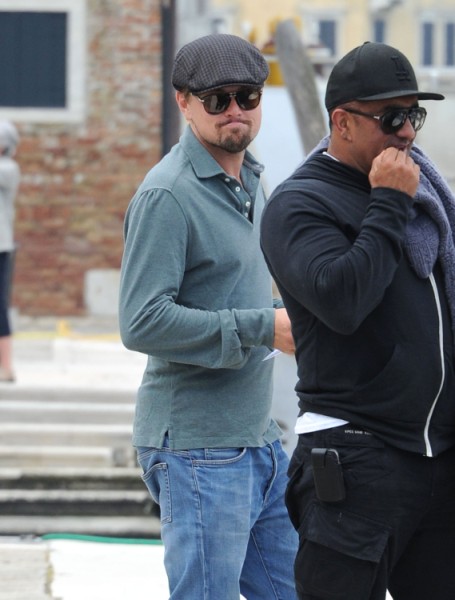 Really? Seven? He’s no Wilt Chamberlaine or anything but if I’m surprised by anything it’s by how small the number is. The Cannes Film Festival lasted around eleven days. I figured he would have a fling for every night. But just because there were only seven girls doesn’t mean there were only seven flings. Ever the environmentalist, I’m sure Leo recycled at some point.

And does this bother me? Hells no. Leonardo DiCaprio had sex with seven different women because he’s a slut. Everyone knows this. Shame on you for not knowing it. He likes his leggy, young models. And they like throwing themselves at him. He’s what they have to pass through before they make it to the big leagues. He’s their Annie Savoy (for any Bull Durham fans out there). He prepares them for the show.

But is he getting serious again? German model, Ton Garrn, seems to have caught his eye. Star magazine reports that despite his womanizing he is ready to settle down into a monogamous relationship again. Over the last few weeks they’ve been caught sightseeing in Monaco and Venice and today the Daily Mail has pics of the two checking out Versailles. He loves to travel, no? Didn’t he woo Blake Lively in Italy? There’s just something about Europe that makes even the grossest womanizer in Hollywood look like husband material. But like I said, I ain’t hatin’. Biotches should know better. Is this why he keeps them so young? Are they too immature to know better? Smart man. Nasty, insensitive and kinda douchey… but smart man. God but I love when he smiles. The DM has some good pics. When he smiles you see the guy who gave up the makeshift raft for you instead of the dude who’s just picturing your boobs.

What do you think of the Leonardo DiCaprio/Cannes Film Festival stories – surprising or par for the course?