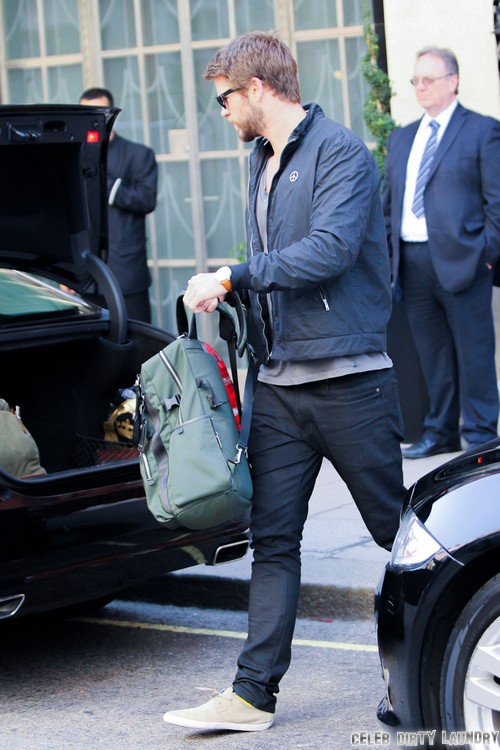 I guess Liam Hemsworth is not a fan of Miley Cyrus‘ twerking. According to a new report from Life & Style Magazine, Liam was extremely embarrassed by Miley’s VMA performance, and it was the ‘last straw’ for him.

A source tells Life and Style, “The VMAs is the straw that will break him. He wants out of the relationship. All of his family and management are begging him to  break it off and publicly move on.”

This is just another report on a pile of reports that all state the same thing – that Liam is done with Miley, and he’s just trying to figure out a way to extract his way from the relationship. This was a long, long time coming, and it began with rumors of Liam’s disinterest and cheating all the way at the beginning of this year. And keep in mind, this was before Miley’s twerking shenanigans even began.

Soon after that, we started hearing reports of damage control, and Liam’s team kept leaking stories about how Liam’s family all wanted him to dump Miley because she wasn’t good enough for him. Then, there was the whole wedding ring fiasco, but it was clear – even then – that Miley wouldn’t give up on Liam or their relationship, and she definitely didn’t. I don’t know if it was because he didn’t want to break her heart or didn’t want a bad public image, but Liam didn’t end up breaking off the relationship then.

Of course, he’s definitely waited for the right time and in spite of her clinging, he’s finally got enough ammunition to do it. If he breaks up with her now, who will blame him? Really, who will? Her image has taken a massive hit in the wake of the VMA performance and ensuing controversy, and people will actually applaud him from breaking away from what they’re calling a sinking ship.