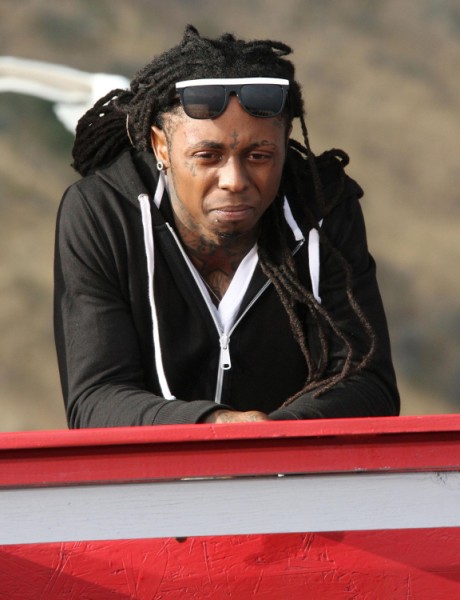 The rapper was back in the hospital again last night after suffering from yet another seizure. Lil Wayne was treated at Cedars-Sinai after his bodyguards took him in. According to reports he just suffered one episode and was released early this morning.

This marks the second time in as many months that Lil Wayne has been hospitalized for seizures. TMZ reported in March he was taken to Cedars and he also suffered two while on board separate airplanes last October. He has acknowledged he’s been prescribed seizure medication by his doctor. The attacks in March were much graver than this latest issue. He stayed in the hospital for 6 days at the time and almost died.

Lil Wayne has come out and explained that he is an epileptic and has been dealing with these seizure since he was a child.

That’s super scary stuff. I know a guy who has to deal with them and there’s nothing easy about it. You just never know when they might erupt. Stress can be a cause and Lil Wayne has had his share of it lately. His newest album released in March came under fire for inappropriate Emmett Till lyrics in his guest verse on Future’s “Karate Chop” remix. He rapped, “Beat that pussy up like Emmett Till.” Till is the 14-year-old Chicago boy who was infamously tortured and lynched for allegedly whistling at a white woman while visiting Mississippi in 1955. Lil Wayne has since removed the lyrics from the song and reached out to apologize to the family.

Anyone out there deal with seizures? Is it common to have a flaring of so many within a short period of time? What could cause this to be happening?