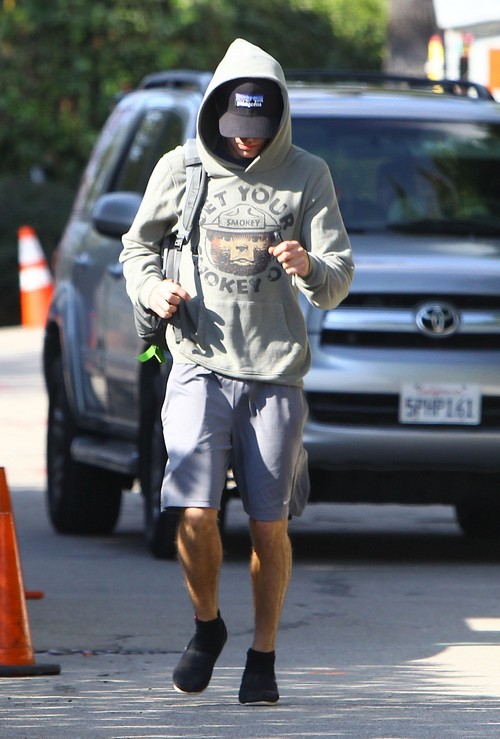 We haven’t heard much about the Zac Efron and Lily Collins of late, probably because Zac’s drug problems have been dominating the headlines recently. However, Star Magazine reports that after Zac’s jaw was broken earlier last month, Lily has been nursing him back to health.

A source tells Star that Zac and Lily are ‘closer than ever’ after his accident last month, especially since they’ve been spending so much time together. Apparently, Lily’s ‘clean lifestyle helps Zac stay sober’. The source also adds, “She doesn’t drink or do drugs. She’s become a permanent fixture in his life — and he needs her.”

You know, this report would be slightly more believable if it wasn’t for the fact that Zac and Lily were such an obvious PR couple. Besides, Star seems to be very divided on their stories about Lily Collins. One minute, they’re writing stories about her being out of control and partying too much, and the next minute, they’re claiming that she’s living the clean life. Make up your mind, people.

Also, Zac has been linked to so many people lately that it’s hard to believe who he’s actually with, if anybody. Also, he could just have been hooking up with Lily, and for some reason, people have a hard time differentiating between hooking up and dating with celebrities.

Do you guys think Zac and Lily are/were dating? And do you really think they’ve grown closer since Zac’s accident? Zac was seen out and about recently, looking fully healed, so we’ll just have to wait and find out if there actually is anything going on between him and Lily. Let us know your thoughts on the story in the comment section below.