Lindsay Lohan Getting Her Act Together: Will Be Guest Host On Chelsea Lately! 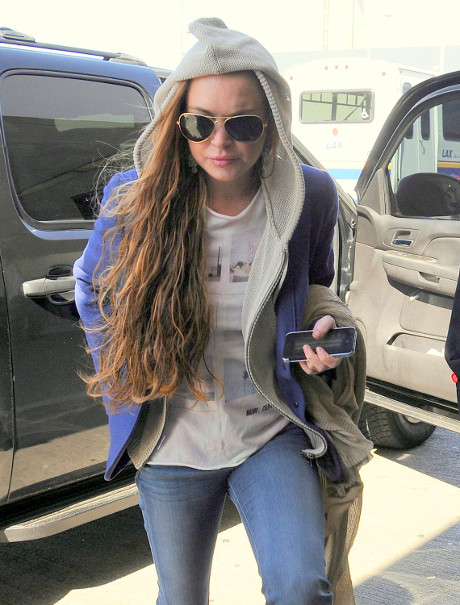 Lindsay Lohan’s post rehab career is picking up steam! LiLo landed a documentary series with Oprah Winfrey on the OWN network. Now Lindsay has booked a second gig! She will be guest hosting Chelsea Lately on August 5. Her appearance on the late night talk show will coincide with the release of her new movie The Canyons.

Chelsea Handler’s show Chelsea Lately started using guest hosts in her absence last year. The most recent guest host was rocker Dave Grohl from Foo Fighters. He will be a hard act for Lindsay to follow. Dave is the most popular guest host to date.

This is not the first time LiLo has been involved with Chelsea. The comic and the mean girl taped a skit together for the MTV Movie Awards in 2010. Chelsea hosted the show that year. Lindsay, fresh out of rehab in real life, agreed to do the skit to poke fun at herself. She approaches Chelsea and asks if she had been drinking. Chelsea, in her bathrobe and flip flops holding a cup with ice says she has not been drinking. LiLo grabs Chelsea by the collar and yells at her. She tells a frightened Chelsea to get it together because no one wants to work with a drunk. She knows this from personal experience. Chelsea responds that if LiLo can get her life together she can do it, too. The skit is very funny! Lindsay proved she did not snort and drink away her acting talent.

I’m excited to see Lindsay host Chelsea Lately. She can just be herself and have fun trading backhanded compliments with the round table comics. Chelsea Lately is a very popular show. Lindsay’s appearance as hostess will give her high profile resume material.

Chelsea has poked fun of LiLo many times. She also said Lindsay was very nice and liked her a lot. Chelsea would not let just anyone sub for her.