Oprah Interviewing Lindsay Lohan AND Giving Her Documentary Series, Will You Watch? 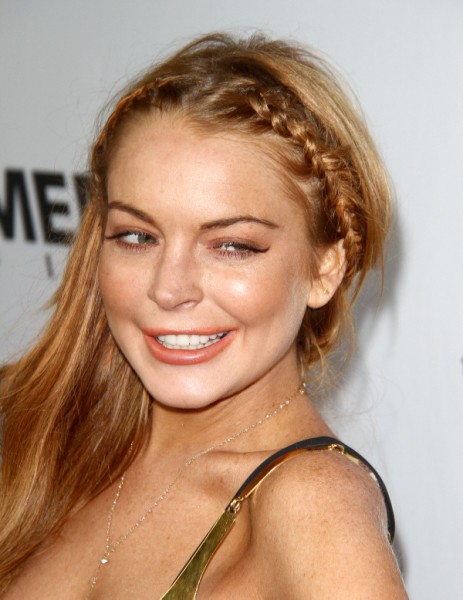 God, I hate myself. There’s just so much self-loathing seeping out of me because I’ve already got the DVR set and ready for this train wreck. I can’t stand Lindsay Lohan. Oprah probably detests her too. But this isn’t about respect – for yourself or others. This is about ratings and good ‘ole fashion entertainment and I’m a sucker for both.

I don’t know what (or who) Dina Lohan had to do to make this happen but Lindsay just scored a big deal this weekend. According to Fox News, Oprah landed an interview with the rehabbing, lying, stealing, cheating, out of work actress and also signed her up for an eight-episode documentary series on OWN. Lindsay Lohan will show the cameras who she really is as she navigates through life post-rehab as she attempts to pick up the pieces of her non-existent career. I kinda wish this wasn’t happening – not because I’m afraid I’ve judged her too harshly but because I’m afraid I haven’t judged her enough. Sometimes the truth is much worse than anything I can dream up and Lindsay’s reality seems a whole lotta busted.

But let’s face it, we’re going to watch, right? I’m only worried Oprah won’t go tough enough – both on the interview and the series. She got shit on for how easy she interviewed Lance Armstrong. Will it be the same for Lindsay? Sometimes it’s hard to throw the hammer down on someone who clearly needs all the help they can get. And Oprah loves to help. She’s all about new beginnings and working on the self. The problem is that Lindsay Lohan is a master manipulator. She gives great interviews. She actually appears sane and introspective. But then she goes out and does what she does because she’s a piece of shit. I don’t understand this woman. That’s why I’m interested to see these two go head to head. Will Oprah shuffle through the bullshit or let it slide? Will she let this fallen star lie to her face or will she call her out? And how much control will she let her have in editing the series? Dina Lohan, try as she might, is no Kris Jenner, so I doubt she’ll have final say. Oprah’s trying to save a failing network after all. Will she throw Lindsay under the bus to do it? God, I hope so. Again, I’m not proud of myself today.