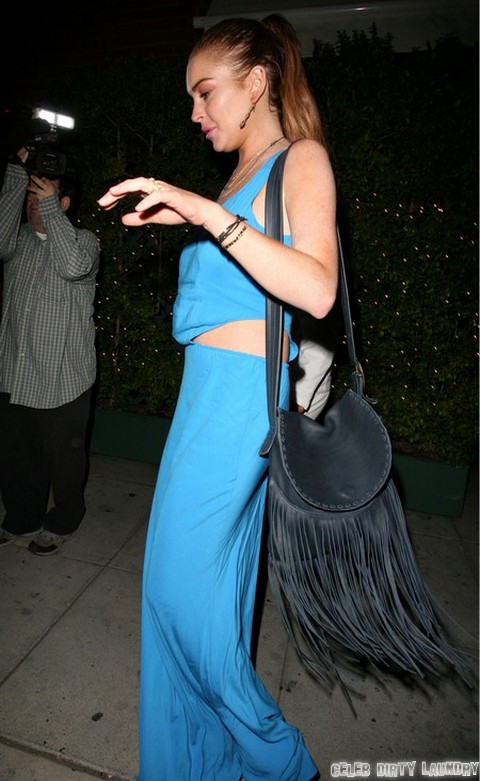 Lindsay Lohan’s erratic behavior of drinking, drugging and reckless driving seems to impress Filmmakers with an agenda to catapult the OWN network into a Hollywood drama. Isn’t it enough that Paul Schrader, an experienced director spearheaded Lohan’s recent filming of The Canyons and saw right though her ‘off again and on again’ partying and odd demeanor?

Wouldn’t it bother most renowned Filmmakers such as Amy Rice, the Obama documentarian to collaborate with Lohan? We have to surmise that Lohan’s managers are some savvy cats to pull off a documentary scheduled to beginning pre-filming in 2014.

Amy Rice apparently knows more about Lohan’s rehab status than her around the clock doctors. And that is hilarious to have such a cock-eyed disillusion. What if Lohan comes out of that rehab and just feels sick and tired of sobriety and suffers from more substance abuse – like the rest of the 80% who relapse after rehab? Lindsay’s mother, Dina Lohan can be the culprit in her daughter’s downfall if they live under the same roof with booze in the house. Nevertheless, working with Lohan’s documentary is a totally different ballgame than the 2009 documentary By the People: The Election of Barack Obama.

Only time will tell if Lindsay Lohan’s acting career will be the key to OWN’s network brand continuing to grow along a diverse audience track. Would you prefer a Lohan documentary or a reality TV show, which would be more exciting to the audience?