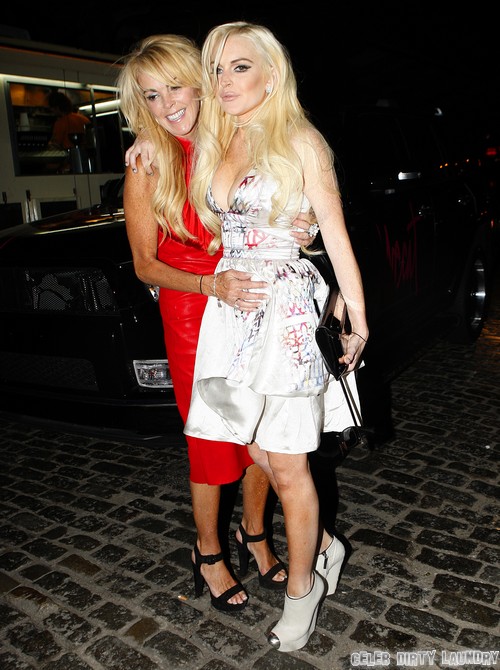 When TMZ reported that Lindsay Lohan was planning on going into ‘hiding’ after rehab to stay sober, my first thought was that I’d believe it when I see it.

Don’t get me wrong, I’m all for celebrities recovering from their drug and alcohol addictions. But when it comes to Lindsay Lohan, there’s such a thing as the boy who cried wolf. How many times have we heard this story before, and how many times has it turned out to be false?

No doubt, Lindsay’s recovery treatment at rehab seems to be working remarkably well, and Lindsay’s been spotted looking healthier than she has in a very long time. According to sources close to Lindsay, she gets out of rehab in August and is planning on moving to somewhere in the US where are no paparazzi. According to these same sources, Lindsay doesn’t want to go back to LA or New York City because it’s so easy to get hooked back into the cycle of partying and drugs.

Of course, there’s no doubt in my mind that these ‘sources’ probably spoke to TMZ on behalf of Lindsay herself, probably to give her public image a boost and get her name into the news again. And even if she genuinely means what she’s saying, she’s forgetting to take her famewhore parents into account. If she does actually move to somewhere in the US without any paparazzi, her parents will obviously tell the paparazzi where to find her and they will probably follow her there.

There’s also the fact that Lindsay is too much of a narcissist to ever live her life out of the limelight for an extended period of time. She may mean what she says now, but she’ll eventually crave the spotlight and return back to NYC or LA in a few months.

What do you guys think of Lindsay wanting to turn over a new leaf? I hope she manages it, but I highly doubt she will.

Editor’s Note: From doing cocaine with her mother to having her father call the TMZ camera crews when he tried to stage (correct term!) an intervention for his binging daughter, it’s inevitably Lindsay’s own parents who are her greatest panderers and pimps.  I truly hope that Lindsay bars both Dina and Michael from her life because I want her to succeed.  I am so tired of all the bullying the troubled actress receives from the media – I want her to make it!