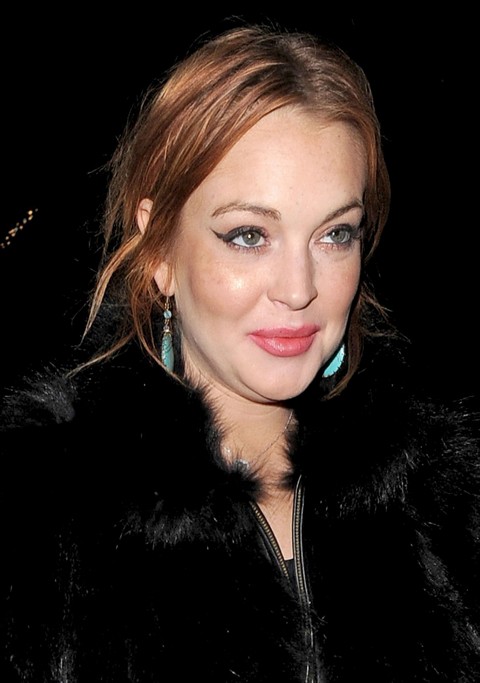 Lindsay Lohan kept saying she wasn’t in London to do Celebrity Big Brother, but the timing seemed too coincidental. And yet perhaps it was – just as D-list UK celebrities started pouring into the Big Brother house, her mom (and also train wreck) Dina Lohan told the Huffington Post: “Lindsay is not doing Celebrity Big Brother!” Instead, she says she’s there because she’s being paid to party with a rich foreign prince!

Haji Abdul Azim – also known as Prince Azim of Brunei – has apparently coughed up $100,000 for Lindsay to party with him. Apparently the Prince – whose Dad is the multi-multi-billionaire Sultan of Brunei – is no stranger to paying celebs to spend time with him. A friend of Lindsay’s told HuffPo: “Everyone, including Mariah Carey, Chace Crawford and Raquel Welch, have accepted his invites in the past, so it’s no shame on Lindsay.” The “friend” added: “Not only will she get paid for a few hours’ work, she also got travel expenses and her suite at the Dorchester paid for. Only a fool would say no.”

Prince Azim has also reportedly paid $250,000 to hang out with Lionel Richie and ponied up funds to party with cash-strapped Pamela Anderson as well. The paycheck from the Prince would certainly explain why Lindsay’s in the UK and how she can afford to stay at the luxe Dorchester hotel, shop at Harrods and generally live larger than her IRS-owing broke self could otherwise afford to.

But my question is this – why – why -why would this man pay to spend time with LiLo? Don’t they have local hot messes in Brunei he could hang out with? And a follow up question – remember when Charlie Sheen loaned her $100,000 yet she refused to smooch him on-camera? Wonder if she’s puckering up for the Prince?

The cast of Celebrity Big Brother is ensconced in the BB house in London and Lindsay was not among them, so looks like Dina gave a straight answer for a change! The only Americans in the lot are Spencer Pratt and Heidi Montag – otherwise known as Speidi – the scourge of American reality TV.

I wonder what else Lindsay and the Prince will be up to while she’s in the UK? And if he’ll be paying extra for quality time with Ms L?