Lindsay Lohan Pregnant: Will This Keep Her Out Of Jail? 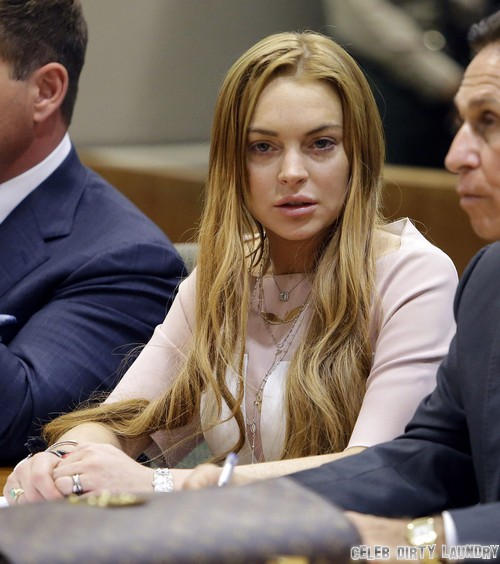 Is Lindsay Lohan actually pregnant as she has put out on Twitter? Or is this some kind of joke that might be a little too late for April Fool’s Day shenanigans? Let’s cross our fingers and hope for the best on this one!

The troubled actress took to her official Twitter page to say, “Its official. Pregnant…” Afterward, her followers seemed to have a field day with that one. One asked if there’s a day care center in jail, while another suggested that Charlie Sheen is her baby’s father. Another said the joke would have been funnier if she said that she was clean and sober. Ha.

If Lindsay is, in fact, pregnant, does that mean it would keep her from going to jail? Could that actually be the reason that she and her lawyer are fighting so hard to have her do time in rehab as opposed to the jail sentence? Is it enough???

Besides all of that, who would be the father? Avi Snow, Charlie Sheen or Max George? Charlie did previously say that he hadn’t hooked up with her, but that didn’t mean that he wouldn’t. If she hitched her wagon to someone rich, she would be set for life, no?

What do you think? Are you hoping that she will follow up her Twitter message with a “just kidding!” so we can all breathe a sigh of relief? Or do you think Lindsay would make a good mother? I almost choked typing that…