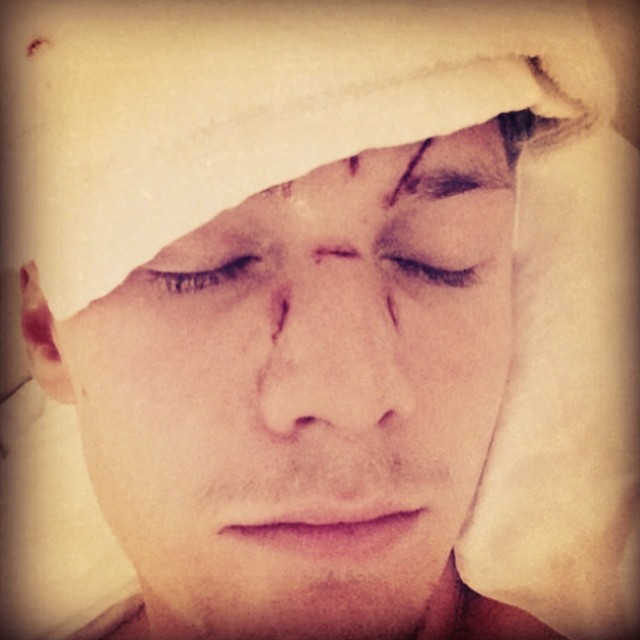 It seems that while Barron Hilton’s assailant, Ray Lemoine, remains at large his rep has informed TMZ that his client is not responsible for the beating he gave Paris Hilton’s baby brother.  Furthermore the rep for the sketchy buddy of sleezeball Lindsay Lohan, who is also hiding from police, claims that Lindsay had nothing to do with fight.  All lies…

The guy who laid the smackdown on Barron Hilton’s face this week is claiming Lindsay Lohan had nothing to do with the attack … and his rep tells TMZ the blame falls entirely on Barron.

A rep for Ray Lemoine (yes, really) claims his fists only started flying after Barron refused to leave the house … and says Paris Hilton’s little brother got physical first.

We’re told Ray had been renting the house for a few days — and allowed LiLo to stay there because she was a friend of a friend … but claims Hilton got all pissy when Lemoine asked him to leave after the party Friday morning.

The rep claims Hilton pulled the “do you know who I am card” but Ray didn’t care — so Barron pushed him … and that’s when things got violent.

Barron told cops Ray attacked him at Lindsay request … but the rep says Ray is adamant Lindsay had nothing to do with his actions.

This video on TMZ clearly indicates that Lindsay was involved in the beat down incident, therefore Ray’s story that he was just trying to get a belligerent Barron to leave his house is a crock.  Barron sustained a serious beating and all the evidence is that this was prompted by Lindsay’s instigation of Ray. As an angry Paris made clear Saturday, Lindsay and Ray are going to pay for what they did to her brother. This might be happening sooner rather than later. Paris has no reason to be gunning for Lindsay if she didn’t believe her to responsible for what happened to her brother.