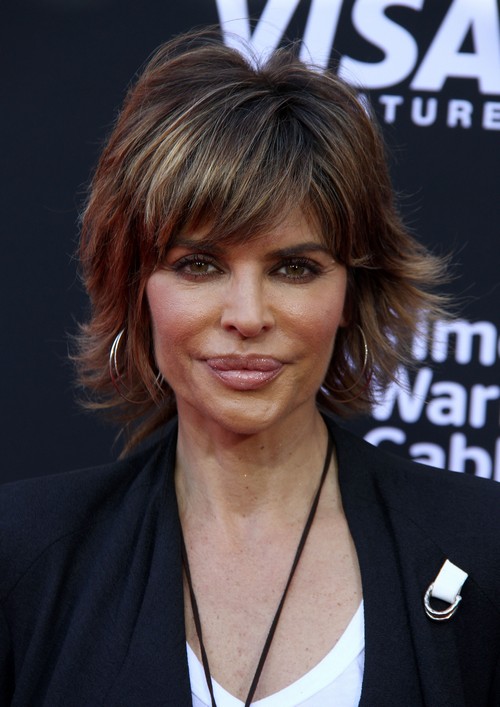 Is Lisa Rinna even interesting anymore? I feel like she stopped being relevant several years ago, but I don’t think she got that memo.

One of the most annoying things that celebrities do in Hollywood is try to dress up like old Hollywood icons, especially Audrey Hepburn and Marilyn Monroe. Sometimes it’s not the celebrity’s fault – a.k.a. the magazine director or photoshoot director will instruct them to look a certain way. But when it’s candid or a decision that they themselves made, it just comes off being desperate and tacky. 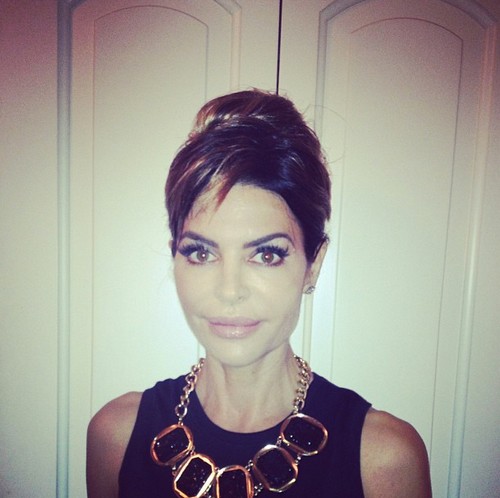 Lisa pretty much proved this when she ended up dressing up as Audrey Hepburn for a Breakfast At Tiffany’s themed party. To be fair, her Hepburn impression wasn’t nearly as bad as Marilyn Monroe impression, which had her dress up in a truly atrocious blonde wig and very harsh makeup.

The blonde hair and harsh makeup definitely doesn’t suit her face, and just highlights all the plastic surgery gone wrong. It enhances all the wrong features, and whereas she looked only tacky as Audrey Hepburn, she actually looked straight-up awful as Marilyn Monroe.

What do you guys think? Should celebrities stop playing dress-up and pretending to be Audrey Hepburn and Marilyn Monroe? It seems to be a fad that just refuses to go away. Or do you think that it’s charming and certain celebrities can pull it off? Even if you think that, you have to admit that Lisa’s attempts were way off-base and looked tacky more than anything else. Let us know your thoughts in the comments. 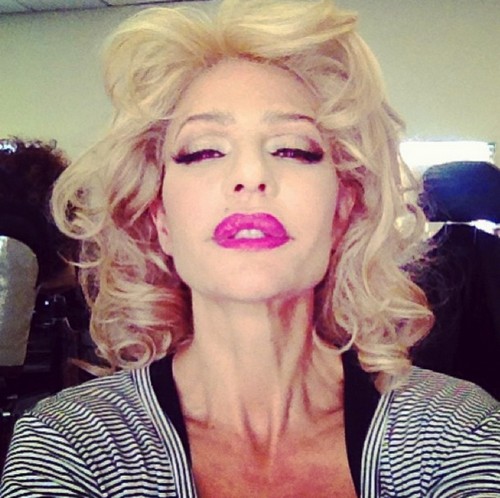