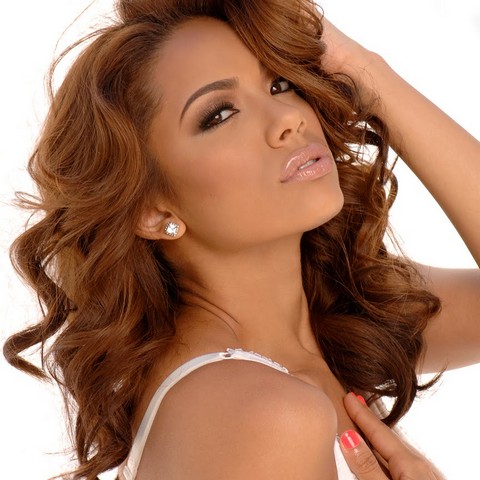 I’m still trying to wrap my head around how VH1’s Love & Hip Hop has lasted several seasons. These chicks are nasty and all the seem to do is bitch and fight. When they aren’t prying their bad weave out of some other bimbo’s fingers then they are whining about how hard their personal struggle is- oh wait, that’s why people watch. It’s a crap fest from start to finished and viewers love drama. Erica Mena is often at the center of the drama and the most recent incident involving her that’s making the rounds this morning show’s her doing what she seems to do best, fighting.

According to TMZ Mena was at some pseudo swanky party in NYC at The Nail Lounge when she got into a physical fight with some random chick named Tiffany. Of course they were fighting over a man. Tiffany claims to have hooked up with Erica’s boyfriend and that was all it took for a smack down to ensue. Onlookers try to separate the ladies and from the video clip it looks like Tiffany definitely had the upper hand while Erica talked a big game and ran her mouth. Regardless of what she was saying, Erica ended up on the floor and no one stopped Tiffany from getting her there!

Don’t you love how in the interview spots on the show all these girls declare themselves grown women and they say that they try to act classy. Get a clue. Classy women don’t get their clothes ripped off them and their weave yanked out over a guy! They also don’t get into physical brawls on the regular! The only thing classy about this show and everyone that takes part in it is the moment those closing credits roll and it’s over!

Will Erica ever quit acting like a trash bag? Tell us your thoughts in the comments below!