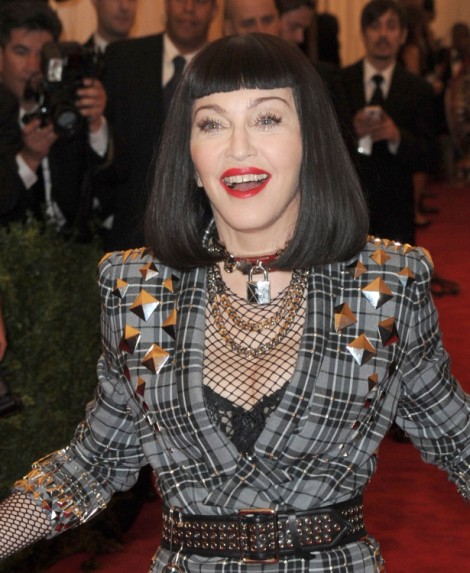 I was waiting for a story like this. Madonna and Gwyneth Paltrow rarely show up at the same event nowadays so it’s unlikely to believe they were both at the Met Ball last week and nothing catty happened. We’re in luck!

Us Weekly is reporting that Madonna snubbed Gwyneth all night and tried to make her jealous by hogging Beyonce all to herself. Naturally, reps denied this to Gossip Cop but sources did relay that Madonna and G generally avoid each other because they aren’t friends anymore. Madonna was chatting with Beyonce because they were at the same table. How did that happen? How did G not end up at the same table as B? You’d think they would have pulled strings to make that right.

Anyway, is this pure shit? I doubt it. Madonna probably did play the 13-year-old all night and G and B probably did laugh about it behind her back later. Because there is no getting in between Gwyneth and Beyonce. Hasn’t Madonna heard? They are all about each other all the time. If Madonna did anything, she most likely made herself look like a childish ass.

Do you think G with all her pride and all her good breeding would ever let you see her jealous? Gwyneth Paltrow would die before giving you the satisfaction. And she knew Madonna’s game. Hell, a middle schooler rolled her eyes at Madonna’s game. Because G was at no time worried Madonna was stealing her friend. A Madonna/Beyonce romance would just not mesh. Madonna isn’t known for having high profile friends. Madonna needs people to love her and be all about her all the time. Beyonce isn’t going to play that role anytime soon. G works her magic a little differently. G is all about the A-list buddies. She can self-deprecate. She can empathize with your rich person/celebrity problems. She can put her ego aside to let Beyonce be the pop star while she plays the lowly Oscar winner. Because G knows rule number one to being the most popular girl in school is you are the company you keep. No, there was no jealousy going on whatsoever. Madonna never had a chance