Maksim Chmerkovskiy Ready to Leave the Dance World and Give Acting a Try! 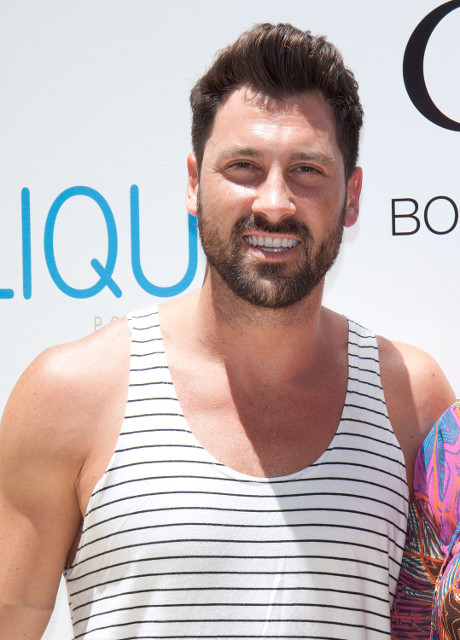 Maks Chmerkovskiy, who found his stardom by being super duper arrogant (and talented) on Dancing with the Stars, has decided it might be time to leave the comforts of his dance world to focus his efforts on acting. After leaving the dance show, he directed some of his attention onto Kate Upton, performed on Broadway alongside Karina Smirnoff, and even jumpstarted his acting career by doing some guest work on General Hospital. But now he’s ready for the bigger projects — the star quality projects.

In an interview with Wetpaint, Maks said, “It’s a blessing to be 33, take time off to be able to reinvent yourself, even go back to school a little bit. I’m enjoying tremendously lessons, I have a phenomenal coach, incredible surroundings, and I love it. There is other stuff happening as well — you’ll know as soon as it happens.”

When asked if he felt his future contained a DWTS reunion, he said he wasn’t sure, but to never count anything out: “I will leave it up to the Powers That Be. Never say never, but honestly I’m happy, everybody is happy. Everybody is settled and everybody is OK with where we are. I never wanted it to look like I left or there was some bad blood — there isn’t. It’s very hard to explain to fans and viewers and all that. I do my best. Honestly, I just want my future work to speak for itself.”

We’re not sure if Maksim will ever win an Oscar, but he has a face that will do well on the screen, and with his background in performance who knows where his career will go. What do you think? Should Maks be shuffling away from his ballroom? Or do you think he should just stay put and stop trying so hard?