Maksim Chmerkovskiy Returns to Dancing With the Stars (VIDEO) 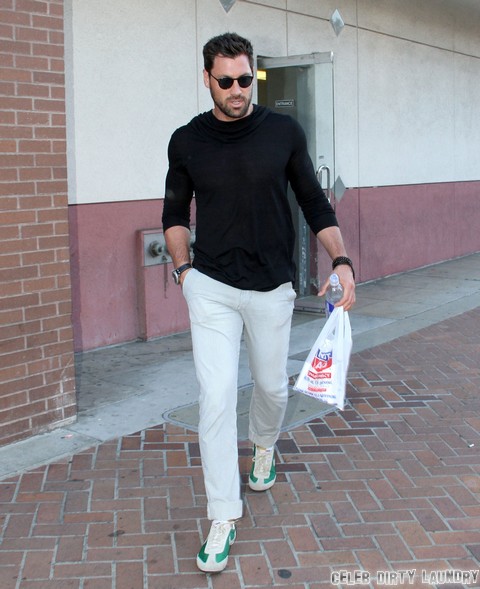 Maksim Chmerkovskiy is set to return to the latest season of Dancing With the Stars on ABC. Maksim has been a regular on the primetime dance competition, but has been taking a hiatus this season. However, according to Digital Spy, he will be joining Anna Trebunskaya at the request of the show and his brother Val Chmerkovskiy.

Val told E! News, “The big reveal is that Maks will be back on Dancing with the Stars.  Maks and Anna are going to be part of our number, and we’re dancing the Argentine tango.”

Val even added that he didn’t think Maxsim would be able to stay away for long. Val added, “I just found it funny that they found a way to get him back. If he were to ever come back, it would be in this fashion. He’s really excited to dance again, especially to dance side by side with us.”

However, Maxim’s not the only DWTS regular that could return. Reportedly, alums Chelsea Hightower, Tony Dovolani, and Tristan MacManus are all set to return to the next few episodes in guest appearances as well.

Val and his partner Zendaya are favored this season, generally placing high each episode and getting 1st or 2nd place. They’ve gotten a pretty strong following already, largely from Zendaya’s Disney fanbase and Val’s fans from the previous seasons of Dancing With the Stars. It’ll be interesting to see who ends up taking the top spot this year. Unlike the previous years, there are a lot of favorites going in, and apart from Val and Zendaya – to some extent – there hasn’t been a clear favorite among the group. Do you think Val and Zendaya have what it takes to make it to the top, or do you think any of the other couples will manage to steal their thunder?