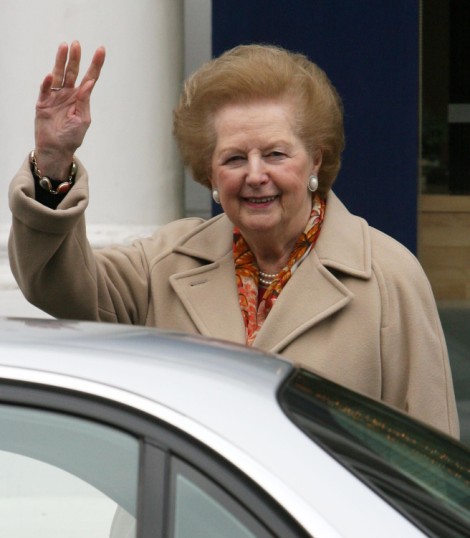 Britain’s first female prime minister, Margaret Thatcher, has died at the age of 87. Known as the “Iron Lady” Thatcher served from 1979 to 1990 as the leader of the conservative party. She was known for strongly believing in the rights of the individual over the state and had a strong relationship with U.S. President Ronald Reagan during his eight years of office. She was also instrumental in helping end the Cold War after she announced her approval of Soviet Communist reformer Mikhail Gorbachev.

Thatcher retired from public life in 2002 after suffering a massive stroke and has had several since then. She has managed to make some appearances in recent years but has mostly kept a quiet life. A resurgence in interest for the former prime minister hit a high a couple years ago when Meryl Streep played her in The Iron Lady. Meryl won Best Actress for it. The movie wasn’t great but everyone pretty much agreed Meryl did an amazing job portraying Thatcher. I actually just got around to watching it not too long ago. Sad to say but I didn’t know much about Thatcher before then. I was pretty young when she was in office and none of my history classes ever focused on her too much. When it came to the Cold War all I ever heard was Reagan/Gorbachev. But she was pretty amazing. This woman was tough and she stuck to her guns which was horribly impressive. She was and will probably continue to be a polarizing figure in history.

Everyone is offering condolences to the family today. The Queen is said to have reached out to the family but Prince Charles went to twitter. He tweeted, “Sending one’s deepest sympathies to the family of The Iron Lady, Baroness Margaret Thatcher. Rest in peace.” Really? Twitter Charles? Couldn’t he have just made a statement? She was the first female prime minister. I hoped he does more than just tweet. Does that bother anyone else?