Mariah Carey Not A Fan Of American Idol – Says She Can’t Stand The Show! 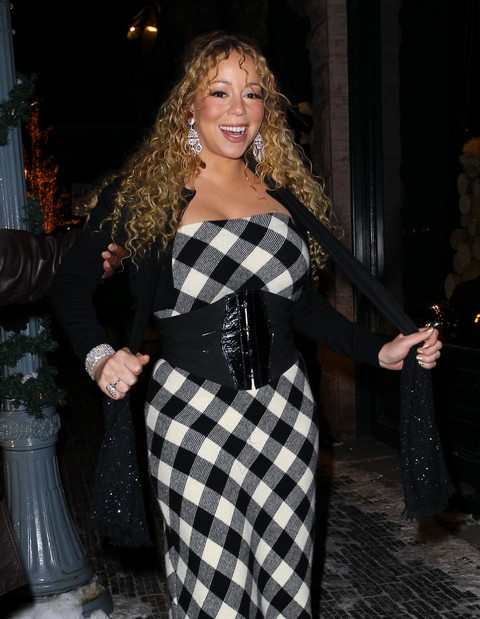 And from the horse’s mouth! Mariah Carey is a new judge on American Idol, which is rebooting to compete with The Voice and The X Factor. Oh, and America’s Got Talent! There are a lot of performance shows out now, so the one that started it all is playing catch up. You remember all the crazy cat fights between Mariah and co-judge Nicki Minaj, which helped to drum up interest in the show. But Mariah may have just killed it, because she in a new interview she admitted that she doesn’t like talent competition TV shows! Say what?

Mariah spoke to US Weekly, print edition January 21, 2013, about the rising stars and her role on the show. When asked why she agreed to sign on, she admitted, “I’ve never been a fan of this type of thing. I’m just being honest!” So then why would she want to work there? Mariah quickly backtracked, citing the theme of the show as reason enough. “This show has created superstars. I wanted to be a part of bringing out this new talent.” Touring the country and sitting on a panel every night while filming seems like a really round-about way to bring out new talent! Couldn’t she host a YouTube singing contest or become a silent partner at a record label?

Although I got over American Idol several years ago, bored with the tears, boring commentary, and emotional backstories, fans are loyal and the show is still attracting thousands of auditioners. During the auditions, Mariah admits that hearing “’I want to be a star,’ that’s less compelling than ‘I love music.’ I’d rather hear that.” Will you be tuning in to the new season, featuring Mariah, Nicki, Randy Jackson, and Keith Urban as judges, or do you think the show has jumped the shark?

Editor’s Note: There is one thing that we know Mariah Carey loves dearly, one thing so precious and special that it ranks above all else in her universe – yes, you guessed it, Mariah Carey herself.