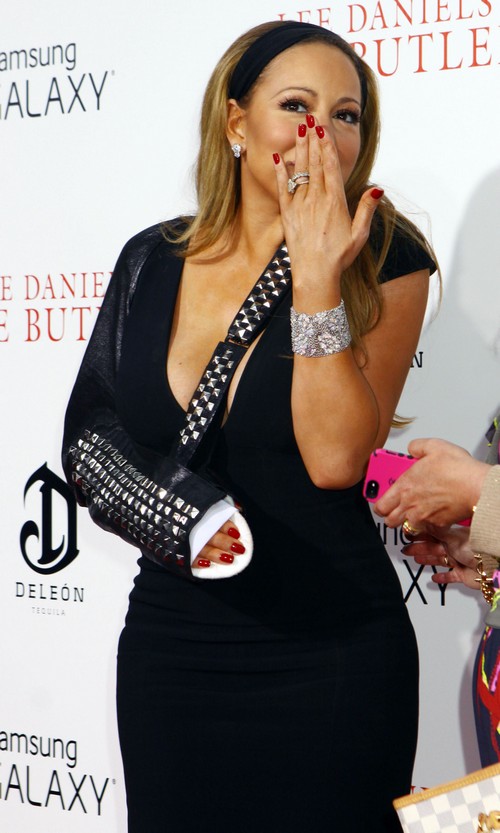 Who’s the bigger diva, Jennifer Lopez or Mariah Carey? According to an exclusive report from Radar Online, Jennifer’s longtime assistant, Gilly Iyer, has quit to go work for music producer Jermaine Dupri, who just happens to be part of Mariah’s management team. Coincidence?

Well, Jennifer replaced Mariah as a judge on American Idol, so I’m sure Mariah played an active part in hiring Gilly – she’s known to keep grudges, and hiring the assistant of the woman who replaced you isn’t something you could have done by accident.

Radar’s source explains that Gilly could no longer deal with Jennifer’s boyfriend, Casper Smart, and so she ended up quitting. The source explains, “Gilly had enough, she was over it. Gilly had been looking to leave for sometime and as soon as Mariah hired Jermaine, she quit. Jennifer was stunned. But she has already hired a replacement.”

Apparently, Gilly hated the way that Casper would mistreat Jennifer’s assistants and household staff, with the source adding, “Casper always insisted that Jennifer’s staff call him Mr. Smart and even demanded that Gilly get him drinks. That upset Gilly.”

Both Mariah and Jennifer have ego issues and exhibit diva behavior on a regular basis, so I can only imagine what will happen if this descends into a full blown feud. I mean, you can’t exactly blame Jennifer for being mad that Mariah stole her assistant, but at the same time, she should have looked after her assistant better. Who lets their cheap boy-child boyfriend boss around their staff? Especially when said boy-child doesn’t even work with Jennifer.

What do you guys think about Mariah poaching Jennifer’s assistant? Let us know your thoughts in the comments.