Matt Bomer Responds To Fifty Shades Of Grey Petition – Will He Be The New Christian Grey? 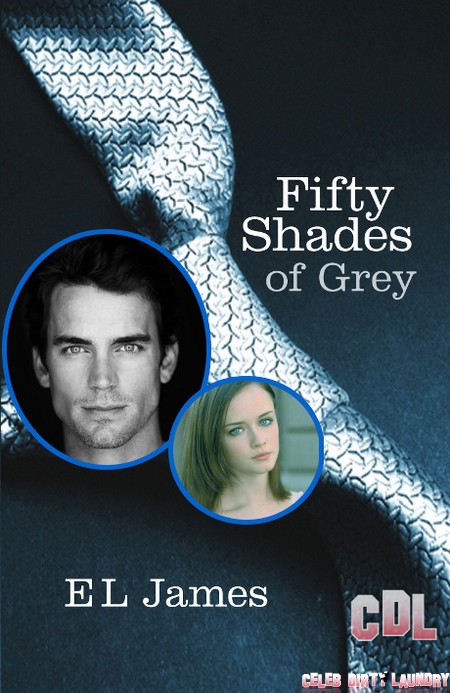 Surprisingly, Matt Bomer has responded to the popular petition to get Charlie Hunnam and Dakota Johnson replaced by himself and Alexis Bledel for Fifty Shades of Grey. When Charlie and Dakota were first cast, the majority of the fans online were unhappy.

They decided to immediately launch a petition that far from hurting the actors’ feelings, would also turn out to be absolutely useless. When a studio makes a final decision, a studio doesn’t change its mind.

Anyway, the fans decided to try anyway, and their petition read, “Matt Bomer is the PERFECT DESCRIPTION OF CHRISTIAN GREY AND ALEXIS BLEDEL IS THE PERFECT ACTRESS TO REPRESENT ANASTASIA STEELE and if THEY ARE NOT, NOBODY WILL BE And I read the whole trilogy and I can assure that Matt is the perfect actor for this movie and Alexis too. So please PLEASE, all of the GREYsessed and Bomerettes in the world NEED those actors. They always will be for us the Christian Grey and Anastasia Steele. WE CAN DO ANYTHING GUYS, ANYTHING.”

Ugh, crazy fans. Anyway, when Matt was asked about the petition during the premiere of White Collar, he actually responded, saying, “I’m so grateful for the fans and touched. I’m looking forward to seeing the movie with Charlie and Dakota.”

Well, that’s as gracious of a reply as the fans will ever get. What is he supposed to say? ‘Ugh, ew, why are you guys so desperate to have me a play a masochistic BDSM sex lover?’ It’s a bit creepy that they’re so obsessed with him playing the part, no? Anyway, this was the same reaction Twilight fans had when Robert Pattinson was first cast as Edward Cullen, and while Hunger Games fans are a lot more sane in general, most people were upset at first when Jennifer Lawrence was first cast as Katniss Everdeen. I say, be thankful that you even got Charlie and Dakota in the first place, and eventually, fans will probably be eating their words.