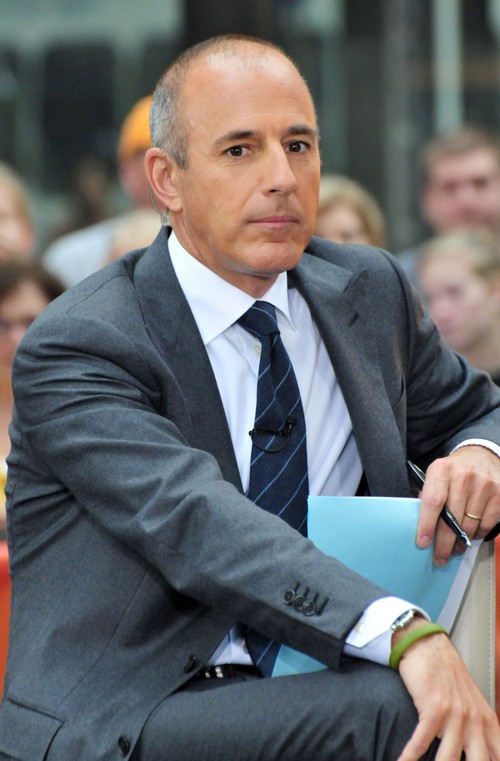 Today show anchor Matt Lauer is no stranger to infidelity rumors. The latest allegation comes from Star Magazine. It is being reported Matt is cheating on his wife Annette, this time with his co-anchor Savannah Guthrie.

A representative for the Today Show supposedly told Gossip Cop these new allegations are completely false. Also, Savannah recently became engaged to her long time boyfriend Mike Feldman. I’m not so sure this story is false however.

In 2006 it was reported Matt had an affair with Natalie Morales when they covered the Olympics in Turin, Italy. This is the same year Annette filed for divorce. She decided to retract her divorce petition a month later. In 2008 it was reported Matt fathered Natalie’s second child. The allegations he had a love child re-surfaced again in 2012. Annette also threatened divorce a second time if Natalie was hired for the open co-anchor spot on Today.

There were reports in 2010 that Matt cheated with two women while covering the Vancouver Olympics. This summer Matt was accused of being interested in Lucie Fink, a student at Johns Hopkins University. They met through Today show senior producer Debbie Kosofski, who is a friend of Lucie’s father. Show Biz Spy quoted Debbie “The Finks are family friends of mine, so I asked Matt as a favor to have lunch with Lucie, because she’s pursuing a career in journalism. In my 30 years working with Matt, I have seen him mentor and help countless young journalists and broadcasters. He has always been incredibly generous with his time and advice.”

When the same rumor keeps resurfacing it means there may be some truth to be told. If Matt is not cheating with Savannah he may be cheating with someone else. Of course there is also the possibility Matt is a squeaky clean family man and someone is out to get him. Which do you believe????