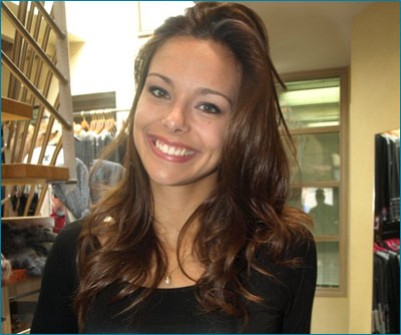 The world has itself a new Miss France and it’s finding that the new head that wears the crown is as secretive as it is accomplished.

Miss France 2013, Marine Lorphelin, grew up in Mâcon, France and is the daughter of a drum teacher and an HR rep for a fruit juice factory. Marine was extremely athletic during her childhood being a successful track and field star and gymnast. She’s studying medicine at the Université Claude Bernard Lyon 1 and hopes to specialize in pediatrics or obstetrics. Intimidated yet? She’s also knowledgeable in English, German and Mandarin. In her climb to the pageant top she first was crowned Miss Saône-et-Loire in 2012 before becoming Miss Burgundy. Delphine Wespiser handed over the reigns of Miss France in December, 2012.

But I know what a lot of you really want to know is whether she’s single or not. Well… sort of. According to our source, Marine is single but very much in love. After having accidentally given out the name “Brian”  to pesky reporters she has fielded plenty of questions about a secret, long-distance romance but is trying to stay tight-lipped. Marine and her mystery man met when she was only 16. “It was a Mutual Crush! It was very romantic, we were very happy! These moments with Brian are part of me I will never forget! He came two days per week in France to see me, and I think it is a beautiful proof of love.”

But unfortunately it couldn’t last. Brian’s business took him to California but Marine couldn’t follow because of her studies. She still talks to him on the phone weekly and wears a ring he gave her before he left. “We were too far from each other and it became very difficult, it is the cause of our separation,” Marine said. “I will always love Brian, and I know he loves me too! We told each other our love will last for eternity and we will reunite one day.”

That sounds incredibly romantic and incredibly French. Check out the Marine Lorphelin photos below. Will she stay single for long?