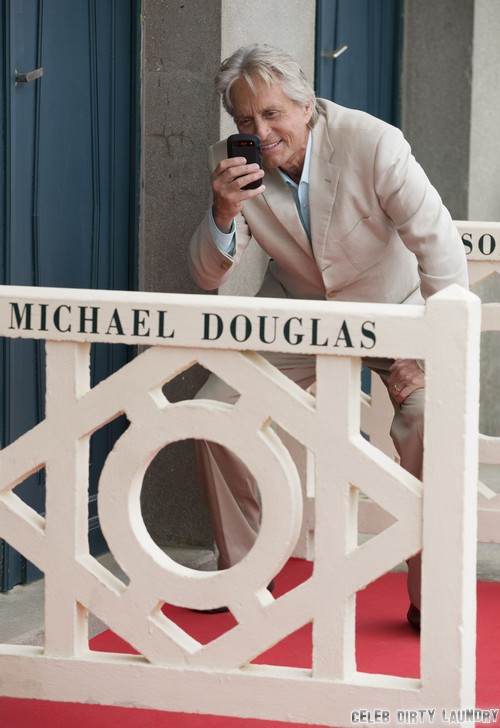 Michael Douglas has moved out his home and gone to stay at George Soros‘ mansion in Bedford, New York. Michael and his wife, Catherine Zeta-Jones, are going through a ‘temporary’ separation after nearly thirteen years together. A rep for Michael stated last week, “Catherine and Michael are taking some time apart to evaluate and work on their marriage.”

While both Michael and Catherine are still wearing their wedding rings, it’s a telling sign that they’re not living together. If they were actually making an effort, they’d have to see each other on a regular basis to do so.

Anyway, it’s being rumored that although Michael and Catherine aren’t necessarily living together anymore, they’re thinking of going through couples therapy to try to get back on their feet. I mean, they have been married a whopping thirteen years, which is practically equivalent to a hundred years in Hollywood. If they’ve been together that long, and managed to overcome cheating allegations and major health concerns, they should be able to deal with therapy.

Michael’s currently on a professional high after his HBO film Behind the Candelabra dominated at the Creative Arts Emmys, with the expectations that it will sweep all the awards at the actual Emmys. It’s not clear whether Catherine will accompany Michael to the awards ceremony, but I guess it depends on how well their therapy is going at that stage.

And although Michael and Catherine keep saying that this is a ‘temporary’ separation, there’s a high probability that they’ll end up breaking things off for good within a couple of months. Unfortunately its the children who are suffering most, as usual, when selfish parents can’t bury the hatchet for the sake of the little people they’ve brought into the world.  Children need a family in order to thrive and Michael’s learning disabled son, Dylan, is already going through difficulties as a consequence of the split.

What do you guys think about Michael and Catherine undergoing couple’s therapy – do you think it will work? Let us know your thoughts in the comments.