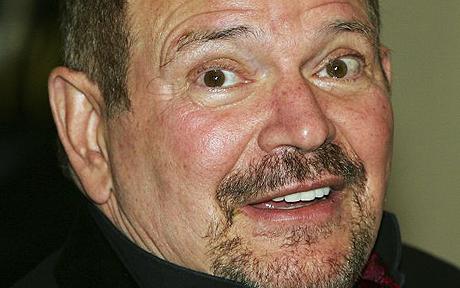 One of the Doctors who helped Michael Jackson along in his deadly drug addiction is Dr. Arnold Klein.  Dr. Klein is a slimy snake who injected Michael with addictive and powerful narcotics, UNNECESSARILY, and on a regular basis in the period leading up to the singer’s tragic death.  Additionally, Dr. Klein used aliases for Michael to assist the addicted star in buying prescription medications.  If Conrad Murray was the doctor on the scene when Michael overdosed and died then it’s fair to say that Dr. Klein was the doctor behind the scene.

Now Dr. Klein has a warrant out for his arrest but it isn’t for his medical malpractice  It seems Klein is also a gonif!  Arnold is in bankruptcy, of course, since that is the refuge of most lowlifes, and is stealing from his creditors.  Arnie is holding out on the bankruptcy trustees – failing to hand over a Ferrari and over 100 pieces of expensive artwork – so the good judge has instructed the U.S. Marshals Service to arrest the crook and lock him in jail unless he hands over the property.

TMZ: Dr. Arnold Klein, the dermatologist to the stars who was best friends with Michael Jackson and injected him with powerful drugs, has a warrant out for his arrest.

As you know, Klein has plummeted from grace after MJ’s death. TMZ broke a number of stories, revealing that the Doc injected MJ with Demerol scores of times in the months leading to his death.  He also used multiple aliases for MJ in prescribing meds.

Klein — who has now filed for bankruptcy — failed to turn over more than 100 pieces of wildly expensive artwork as well as a 2001 Ferrari Spider to the bankruptcy trustee.

The judge has now ordered the U.S. Marshals to arrest Klein and send him to the federal pokey until he turns over the goods.

It’s amazing how a man like this, who misused his medical license to be a drug dealer, is even free to walk around.  Why does it seem to be so hard to get any law and order in America when rich or well-connected white people are involved?