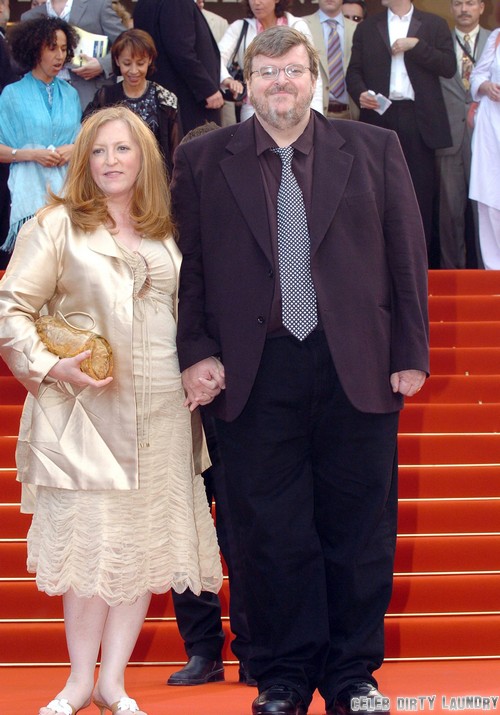 The man most known for his harsh criticism of George W. Bush’s handling of the September 11 strike against America (Fahrenheit 9/11), is now undergoing drama himself. Finger pointing Michael Moore, finds himself asking to purchase two airline seats for himself on the same public chopping block on which he placed the government.

Michael Moore, social critic, political activist, Lard eater, and voice of the American people, has filed for divorce from his wife of 21 years, Kathleen Glynn. The Oscar winning filmmaker worked with his wife on several successful documentary films including Fahrenheit 9/11, Bowling for Columbine, Sicko and Capitalism: A Love Story.

According to the latest Issue of National Enquirer Michael is giving his estranged wife Kathleen millions of dollars in their divorce to buy her silence. An insider says he doesn’t want anyone to know that he is a 1-percenter himself. He reportedly has a staggering net worth of some $50 million, lives in a 10,000-square-foot waterfront mansion in Michigan with its own boat dock – and has another pricey home in Manhattan.

“Michael has denied he is in the top 1 percent of wealthiest Americans, but the truth is he is one of the very rich – the people he loves to hate,” said the source.

“And that’s why he’s planning on paying at least half of his fortune – and maybe even more – to his wife so the private details of his lavish wealth will never be spelled out in their divorce documents.”

Obviously, Jane Lynch and Bethenny ‘richer than God’ Frankel, poisoned Michael Moore’s pork beef 22 inch sub sandwich with sprinkles of boredom. Either that, or Moore is just like all the mega pastors, and Sydney Leathers (Anthony Weiner’s jack off ‘victim’), pretending to be a sheep when he’s really a wolf.

Only a simpleton can see Michael’s dingy halo. Are we even surprised that his dirty baseball cap, and elastic waist blue jeans are just a disguise for his extravagant lifestyle? Don’t you feel like his wife owes the public an explanation? What went wrong? We can only assume, but most likely he traded her in for a newer, skinnier, dumber version who respects his Hollywood social status more. 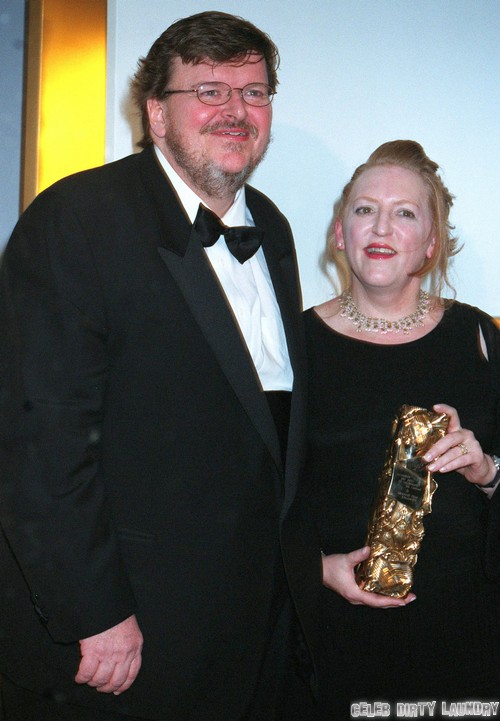 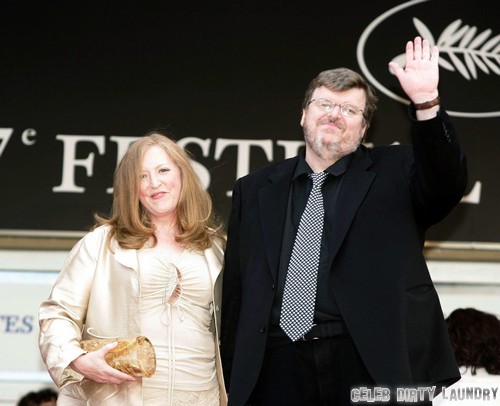 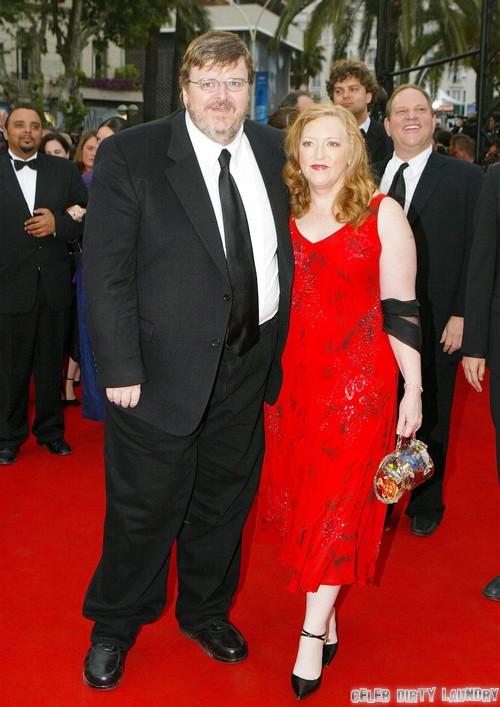 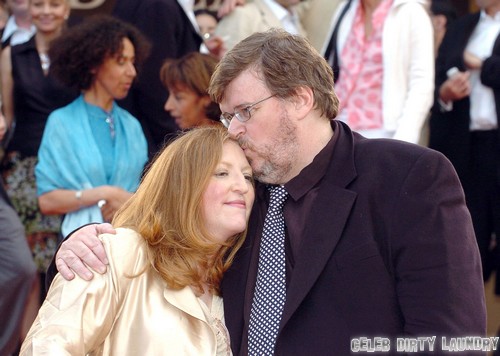 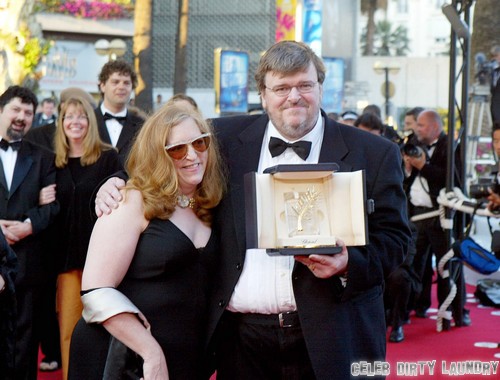