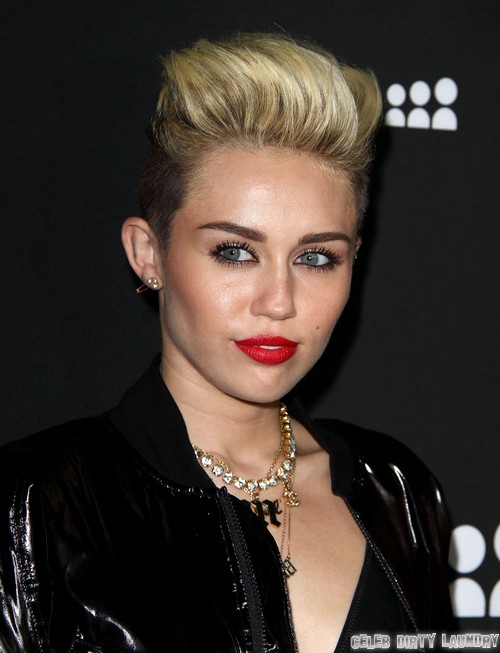 Oh, Miley Cyrus. I’m started to get so much second hand embarrassment for her, especially when she refuses to stop posting these ridiculous pictures to her Twitter and Facebook. Her latest picture is one where she poses with her face down and her ass in the air, and a pair of wings are tattooed on her ass cheeks.

It’s very obvious what she’s doing. To make up for her boyfriend/fiancé/ex-boyfriend Liam Hemsworth cheating on her and treating her like crap, she’s posting ‘sexy’ pictures of herself on the Internet to prove a point – maybe to herself and maybe to the public. I’m sure she’s also doing it as a promotional tactic to sell her new single and her upcoming album, but it all boils down to insecurity.

Because why else would a young girl, who’s talented, rich, and supposedly ‘happy’ with her life, keep stooping to posting these pictures for everyone to see?

And while we’re on the subject, why would anyone want to get wings tattooed on their ass? Who’s going to see them except for your significant other? Is it some sort of weird message to Liam next time she has sex with him? I can’t figure out what’s going through Miley’s head and while her behavior isn’t necessarily worrying, it is very different to the person she puts herself out to be – confident in her skin, and happy with her image. That’s not who we’re seeing right now. Not even close.

Let us know what you think of Miley’s new tattoo. Do you think it looks good or it looks trashy? And why do you think she continues to post these pictures to her phone and Twitter? Let us know in the comments.