Miley Cyrus And Kanye West Cheating on Kim Kardashian: Having an Affair? 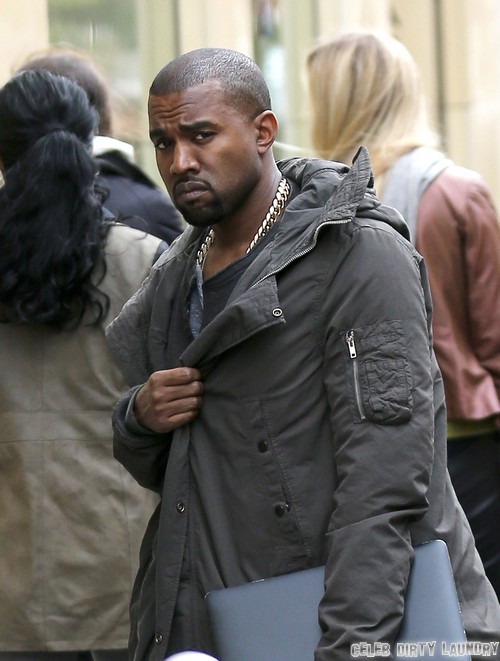 So Miley Cyrus recently covered Rolling Stone Magazine, and it made headlines, as all of Miley’s recent endeavors have been doing. From the VMA performance to the naked photo shoots, she’s either secretly playing everyone or she’s embarrassing herself on an international level.

But you know one person who clearly doesn’t think so? Kanye West. In her RS interview, Miley opens up about how she and Kanye are *this* close, explaining that he had a few choice words of praise for her VMA performance. She explained, “He came in and goes, ‘There are not a lot of artists I believe in more than you right now. The whole room went quiet. I was like, ‘Yo – can you say that again?!’” She laughs. “I just kept repeating that over and over in my mind, and it made me not nervous.”

She adds that when they met up later, he was still talking about the performance, saying, “He said, ‘I still can’t quit thinking about your performance.” Is that because she was grinding up on another man? What exactly was so unique about Miley’s performance, apart from being so controversial? It wasn’t a well choreographed dance, and nothing about it was particularly classy or ‘artsy’.

Obviously, the assumption would be that Kanye ‘admired’ Miley’s ‘fearlessness’, as she claims. Since Kanye thinks he’s the best artist in the world, I’m not very surprised to see him embracing another controversial figure in the music world. Miley also says that she and Kanye are ‘homies’ now, adding, “Kanye is the shit. I kind of have a good relationship with him now. It’s good to have someone you can call and be like, ‘Yo, do you think I should wear this?’ ‘Do you think I should go in the studio with this guy?’ ‘Do you think this is cool?’ That’s what homies are supposed to do.” Apparently, he also buys her shoes now.

So is this a weird relationship/not-relationship thing going on? If I didn’t know any better, I would just say that they were hooking up. But no, Kanye loooves Kim Kardashian, and he would never, ever cheat on her. Sure, let’s go with that. Since it’s Miley and Kanye, it might just be two musicians with overblown egos hanging out. What do you guys think? Let us know in the comments.