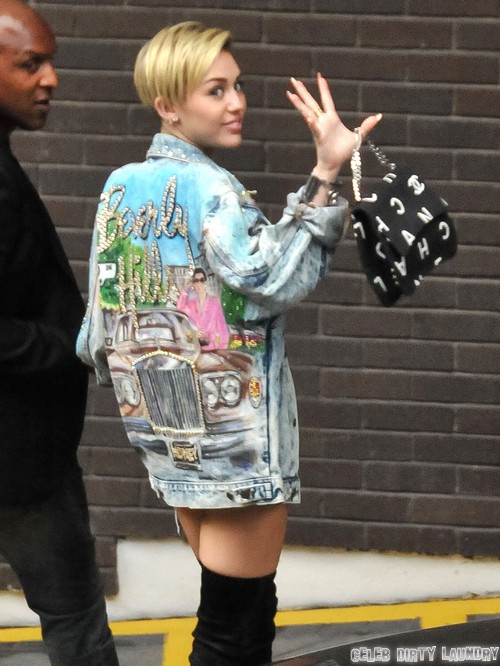 Well, now that we’ve reached the end of the epic romance that was Miley Cyrus and Liam Hemsworth [that’s sarcasm BTW], it’s now time to look at their follow up rebounds and relationships.

Two seconds after they officially announced their separation, Liam was spotted making out with Spanish actress/singer Eiza Gonzalez. Obviously, no one was really surprised because he was spotted getting close to her in Vegas, and it’s not like he was the most faithful boyfriend, even when he and Miley was together. In fact, that was supposedly Miley’s main reason for finally calling off the engagement – because she didn’t feel like she could trust him.

Anyway, now that Liam has moved on, it’s Miley’s turn. And what does Miley do? Oh, she just decides to hump on Mike Will in panties and a tank top. Several new photographs from famous photographer Terry Richardson were released showing Miley and Mike in some interesting photographs, and there are sources claiming that Miley’s just trying to make Liam jealous with those photos.

Considering that Miley and Mike were linked together last week, I wouldn’t be surprised if they were actually hooking up or dating. And I wouldn’t be surprised if Miley was trying to make Liam jealous. After all, no matter what they’ve been through, it’s got to hurt when your boyfriend and fiance of more than three years decides to move on from you just days after officially breaking up.

What do you guys think? Do you think Miley was just having fun in those pictures? Are she and Mike dating? Was she trying to make Liam jealous? Let us know your thoughts in the comments.