Miley Cyrus’ Sexual Romps with Producer Mike Will Made It Prove She’s Done with Liam Hemsworth! 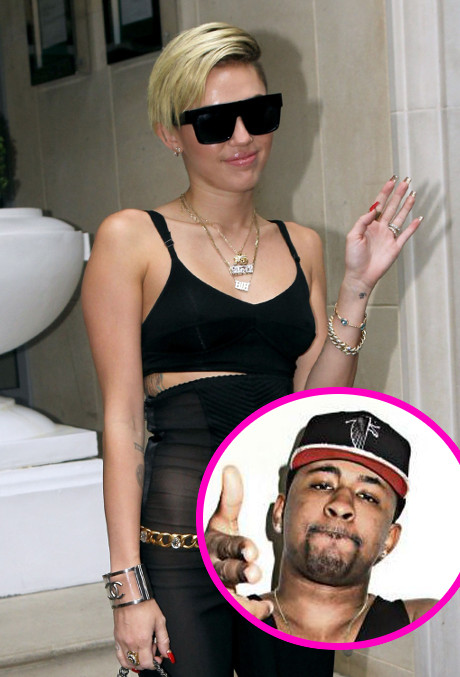 Enough of all this talk about who Liam Hemsworth is kissing and how badly Miley Cyrus has screwed up their relationship — at one time thought to be picture perfect. Let’s take a good look at the man behind Miley Cyrus’s makeover from a Disney star to a Chanel toting trash bag. Mike Will Made It, real name Michael Williams has been working in the studio with Miley on her forthcoming album since February. As things with Liam crumble, it seems Mike was right there to help spin Miley into a raunchier direction.

According to the Sept. 23rd print edition of Star magazine, the duo makes no secret of their regular hook ups and Mike is even quite protective of his piece of ass — erm — Miley. He has guided the new sound of her music, encouraged her punk rock look, and is likely one of the guiding forces behind her lack of clothing. Maybe Mike knows why Miley rarely has her tongue in her mouth. Perhaps that’s his idea too.

Anyway, supposedly Miley does whatever he says — in part, to piss off Liam. Since she lost his attention when he chose spending time with January Jones over her, everything now is about making Liam notice. No doubt in Miley’s head she probably thinks she can get him back by her outrageous, attention seeking behavior. Instead, it’s pretty obvious that she’s pushing Liam as far away as possible.

Do you think that Mike really cares about Miley or is he just riding the wave until the next trick comes along to increase his profits? Is their relationship just fueled by drugs and sex, with no substance? Tell us your thoughts in the comments below! What do you think: Miley Cyrus & Mike Will Made It dating?