Miley Cyrus Using Desperate New Image In Bid To Keep Liam Hemsworth or To Drive Him Away? (Photos) 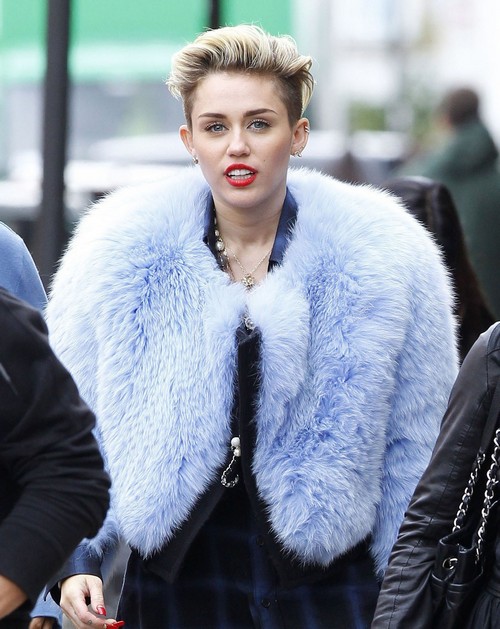 Miley Cyrus and Liam Hemsworth have been embroiled in relationship troubles for the better part of a year now, but according to sources, neither one of them is willing to ‘pull the plug’ on their romance.

It was always obvious that Liam was trying his best to pull away for a long time, ever since he was rumored to be hooking up with January Jones. However, since time has gone by, we’ve been hearing his team put out stories about Miley’s behavior driving him away, whereas Miley has steadfastly refused to admit anything is wrong. She continued wearing her ring, telling people she was engaged, and it seemed as though her dedication paid off when the couple hit the red carpets for Liam’s film Paranoia a couple of weeks ago.

Alas, since then, Miley has been the hot topic – due to her VMA performance and twerking combined with her naked Wrecking Ball music video leading to a lot of people speculating about the ‘new’ Miley, especially after she revealed in an interview that she was depressed and sad and she didn’t know what she was doing.

Well, there has been a lot of speculation on what exactly is causing Miley to behave this way, including her Disney career and her parents. But nobody’s seemed to touch upon her relationship with Liam being a possible trigger for her transformation. Could all of this just be an attempt to keep her former fiance?

If it was, it may have worked. They still haven’t broken up. Of course, other reports claim that her recent performances have put Liam off even more, and he’s even more desperate to break up with her now. But at the heart of it all, I think all of Miley’s antics are just a cry for attention (maybe a blood-curdling scream for attention would be more accurate), maybe from Liam, maybe from her family, and maybe just from the public.  Of course you can’t discount the influence of her greedy management in all of this over-sexed and excessively nude campaign since it does coincide with her record-breaking Wrecking Ball video release.  A simple but effective strategy – get Miley to behave in a ridiculously lewd manner at the VMAs and appear naked on video and voila, people will look at her and pay attention.  Can we expect to see Selena Gomez with a nude video next?