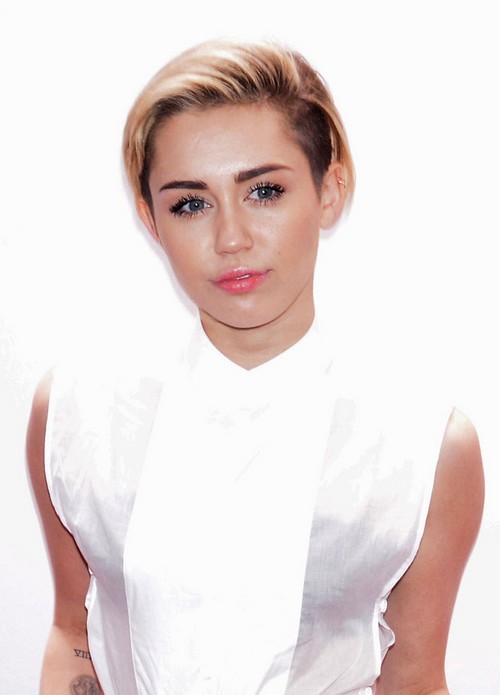 What Miley Cyrus has at 21 it would take most of us a lifetime to accomplish and yet unlike us the singer fails at the one thing the rest of the world has managed to grasp – sometimes it’s best to just let things go. If the average person spent as much energy as she has putting down an ex then they literally be unable to function. However she’s managed to take one bad relationship and recreate her whole image with it as if nothing else matters. And well, that shouldn’t be the case.

“Wrecking Ball” was a smash success for her and because of, not despite, all of her antics; she landed the the holy grail of interviews with Barbra Walters. She’s young, she’s rich, she’s beautiful, but what does she speak about to Barbara? Yes, she does skip the important stuff and instead goes for a “candid” interview on Liam Hemsworth. He was the guy she dated for forever but had been broken up with for months.  Don’t know why he was that important to her but we’re doing her a favor when we say “Shut up about him already”. The relationship failed and now you should move on.

If she went off on about sexism and ra ra ra then maybe people would start listening again to what she says – instead of pulling her down for what she does. Because she had this opportunity to finally put down her naysayers and say something intelligent. She could have talked about why her nipples were so prominent in most of her twitter pics. Some, like myself, thought she was behaving too wildly although she did later claim that she does these things to prove a point. There was I thinking here’s a platform and still where was her point? Come on! Tell your audience or Barabra why you felt baring your chest was important. Did she state this or defend it? NO!

Predictably she squandered what she had in order to give her ex a backhanded insult. “I was so scared of ever being alone, and I think, conquering that fear this year, was actually bigger than any other transition that I had, this entire year,” the Wrecking Ball singer said of her record-breaking 2013. (Life & Style)

I’m sure Liam is somewhere going thanks for saying you and I were together for years only because you were scared of being alone. The comment was stupid and frankly a waste of air time. When Miley does things like this then she loses credibility. Still it isn’t all her fault when we constantly expect more and always get left disappointed.  At the end of the day we keep expecting her to stand up and fight for herself or at least form a belief on something besides drugs and Liam; and she can’t.  All along she’s either blaming others or so caught up in another identity crisis that she can’t understand why we stopped sympathizing. So please Miley say something worth listening to. If anything make us mad for a reason rather than talk about your hurt feelings.

You want to be the artist with shock value then stick to it. Ride out your criticism without whining over how no one treats you like an adult. An adult doesn’t need us to hold their hand!