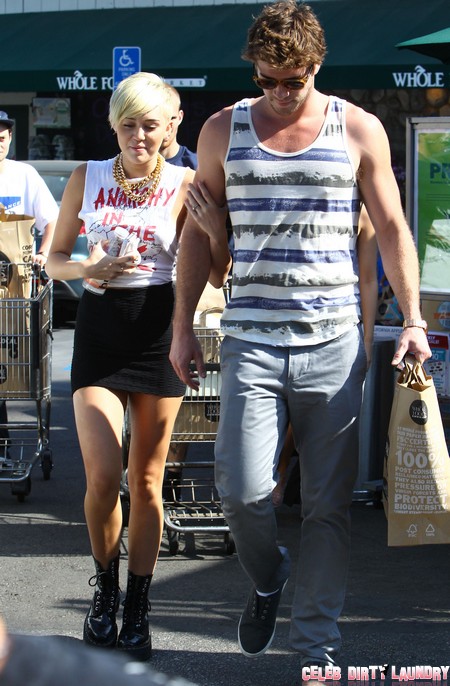 Miley Cyrus is married? Say it isn’t so! According to the Disney starlet herself, she has tied the knot to her boyfriend of four years Liam Hemsworth. Though she hasn’t revealed when she got hitched, she did gush about how she refers to her ‘hubby’ as the sexiest guy ever,- her words, not ours. LOLz. During a recent interview with Cosmopolitan for the March 2013 issue, the singer talked about her relationship to The Hunger Games actor.

Miley shocked her fans when she revealed she was engaged to Liam back in May, but hadn’t actually said anything more than that, until reports claimed she was planning three weddings; one in Australia, one in Los Angeles and one in her hometown, Nashville. Quickly denying these stories on the Ellen Degeneres show, we wondered when she would finally give us a date on when we could prepare ourselves to be excited for her big day — yes, we’re so sad we actually get excited when a celebrity gets married. When Kim Kardashian married Kris Humphries on August 20th 2011, we couldn’t stop thinking about what the reality star would be doing, while we kept wishing we were there.

Ugh – but this isn’t about us! The 20-year old recalled the day she turned on the pool heater when Hemsworth suddenly took his clothes off and jumped in. She tells the mag: “I’ll literally look at him and be like ‘You are hot, dear god! The other day, I turned on the pool heater and it was steaming, and he walked outside and took off his clothes and jumped in the pool. I was like, ‘I’m gonna faint – the hottest guy of my life is in a steaming pool. This looks like a Playgirl shoot.'”

She added how amazing it feels to tell her best friends that Liam is her HUSBAND… not boyfriend.. not fiance… her HUBBY!! Miley continues: “So I took a photo and made it the background on my phone. My best friend grabbed my phone and was like, ‘Who’s that? He is so hot!’ [and I replied] ‘That’s my hubby!'” So, any plans on telling us when you got married or are you going to wait until another magazine approaches you about it?! Please don’t be a bitch and just give us the deets!! 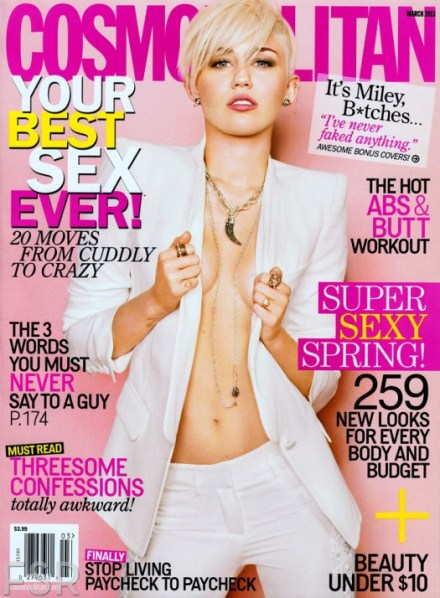