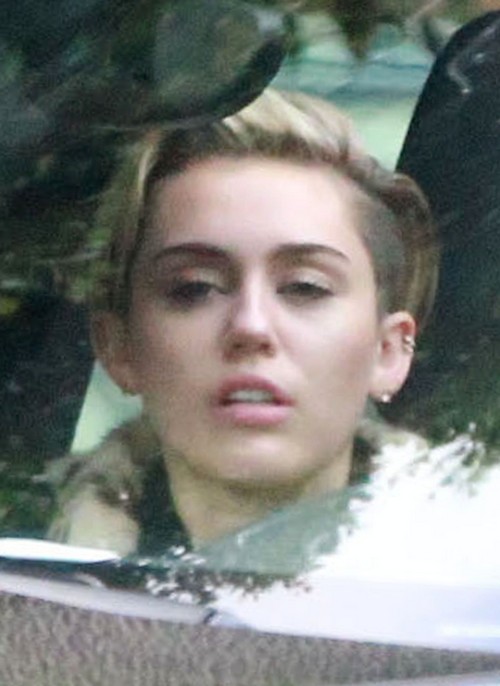 Miley Cyrus has really twerked her way to the top of the entertainment industry, hasn’t she? I’m not sure exactly what that says about the American audiences that have really put her there, but the bottom line is that anything she does is working. At first I thought her VMA performance was a disaster move but week after week Miley has managed to stay ahead of the game. Girlfriend even came out in favor of a few drugs (in particular Molly) and even that was met with kind of sort of okayness! After her recent SNL hosting stint it became pretty clear that while Miley may or may not be spiraling out of control on the personal side, she has her business sense fully intact. She is promoting herself exactly as she is in the moment and that’s probably why she has coasted through the last few months fairly unscathed.

According to the Nov. 11th print edition of National Enquirer Miley’s marketability hasn’t gone unnoticed and her handlers are currently working out the details that would have her popping up in a commercial during the next Super Bowl. The potential deal would ensure that Miley is the highest paid celeb ever to star in a Super Bowl commercial. I guess this move makes sense right? Like it or not no one is hotter than Miley right now and the Super Bowl is actually quickly approaching. Everything is planned out months in advance so of course Miley is being courted for a 30 second payday!

Miley showing up in a commercial makes absolute sense. At least she was not being considered as a performer! Then again throwing half naked Miley in might be the only way to top Beyonce’s performance from last year! Are advertiser’s smart to hitch a ride on Miley’s train right now? Tell us your thoughts in the comments below!