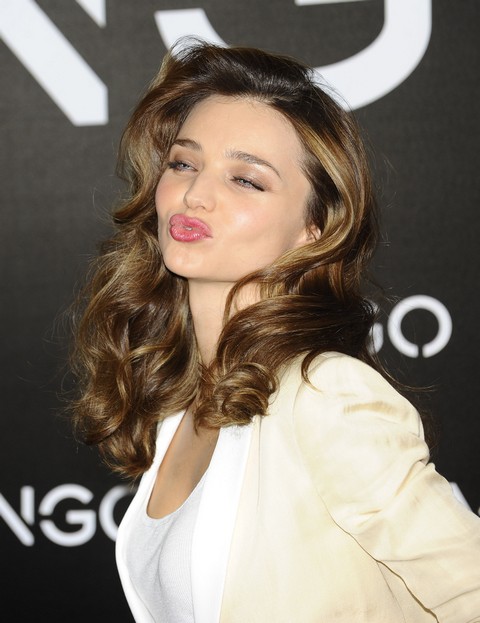 Remember last year when those rumors surfaced about Miranda Kerr maybe hooking up with Leonardo DiCaprio on the sly? Leo and her then husband, Orlando Bloom are close friends which is a little detail that made the possibility of this dalliance a whole lot more complicated. At the time they shot down the rumors while Miranda and Orlando were spotted happily playing with their son in public. It was operation damage control back then but as we all now know, Miranda and Orlando’s marriage wasn’t exactly built to last. They recently confirmed their separation and it seems that both have been seeing other people for quite some time.

This past Sunday night, Kerr and Leo reunited over a group dinner at Sushisamba in the Palazzo Las Vegas. They joined pals including Swizz Beatz and of course they were strategically seated as far at the table from each other as possible, but you guys know as well as I do that these two have hooked up, right? Leo is technically connected to Toni Gurnn but being attached has never really kept Leo from lavishing attention on other women now has it?

Where there’s smoke you’ll usually find some sort of fire. Do you think that these two hooked up last year and recently reconnected? Or has this been an ongoing affair on the down low until now, when it’s a little more okay to be seen together in public? Are Leo and Orlando still friends? Tell us your thoughts in the comments below!