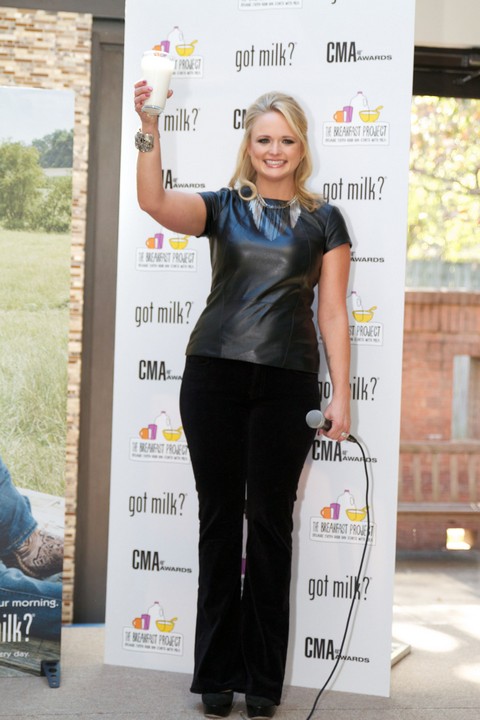 Miranda Lambert has been in the tabloids a lot lately, mostly for the never-ending rumors about issues in her marriage to Blake Shelton. There have been rumors about Blake’s supposed infidelity, about Miranda and Blake ‘breaking up’, and Blake’s flirtation with Shakira. How is Miranda handling all of this? Well, by not giving a damn, apparently. In Touch Weekly reports that while Blake is busy filming the Voice in LA, Miranda has been partying hard at the Kentucky Derby Gala.

A source tells In Touch, “Miranda arrived with four friends, drinking cocktails and rocking out to performances by Kid Rock, singing along and throwing her arms in the air.”

The source adds, “As soon as she arrived at the party, she went straight for the [Grey] Goose. She stayed for most of the party into the early morning hours.”

We know that Miranda and Blake spend the majority of the year apart, what with her music career and his stint as a judge on the Voice. A lot of their issues seemed to have stemmed from that, especially with Blake’s rumored flirtation with models and actresses in LA. The tabloids always seemed to make it all about Blake, leaving Miranda as the ‘jilted’ wife, sitting at home and drowning her sorrows. However, it’s clear that she’s having fun and enjoying her career, even if her husband turns out to be a lying, cheating dirtbag.

Then again, their marriage could be completely fine and they could be living in a committed, long-distance marriage for the majority of the year. I’ve heard too many stories about Blake flirting with other women to believe that, but hey – It’s Hollywood!!

All things said and done, Miranda Lambert is one of the hardest working country singers in the music industry, and she deserves to have fun and let loose when she has the time.