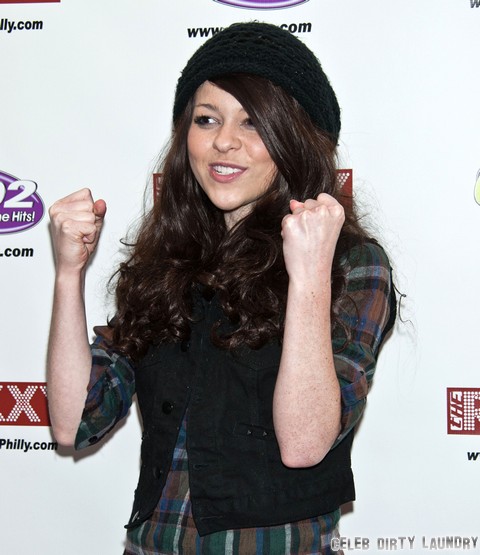 Did Miranda Lambert really think that marrying Blake Shelton was going to be an easy walk in the park? When you start off your relationship as the other woman, even if you end up married to the guy eventually, there are always going to be trust issues. Miranda first hooked up with Blake 8 years ago when she was a young Nashville ingenue and he was a married country star.  She decided to be the young woman that set her sights on a married guy and eventually everything catches up with you.

By everything I mean a 23 year old Nashville up-and-comer named Cady Groves. Two years ago Cady set her Twitter-sights on Blake and the two have been exchanging tweets and texts ever since. Cady actually asked Blake to be in her first video and he agreed. Before shooting a single scene the two got completely wasted together and God only knows what happened next. The flirtatious tweets between the friends has sent Miranda off her rocker more than once and finally she picked up the phone recently to confront the woman who has obviously tried to move in on her man.

According to Life & Style the women have come to a bit of a truce but I’m going to be that Miranda will be watching Cady like a hawk. She already knows how her husband operates and in the back of Miranda’s head she has to worry that some little young thing could swoop in and grab Blake’s attention- just as she did years ago! She already admits to checking up on her husband and watching his phone. I’m sorry, but if you trust the person you’re with then there’s no reason to even think of checking up on them. That nugget right there tells me that the trust is shaky.

Will Miranda and Blake’s marriage survive his roving eye or her inability to trust? Tell us your thoughts in the comments below!