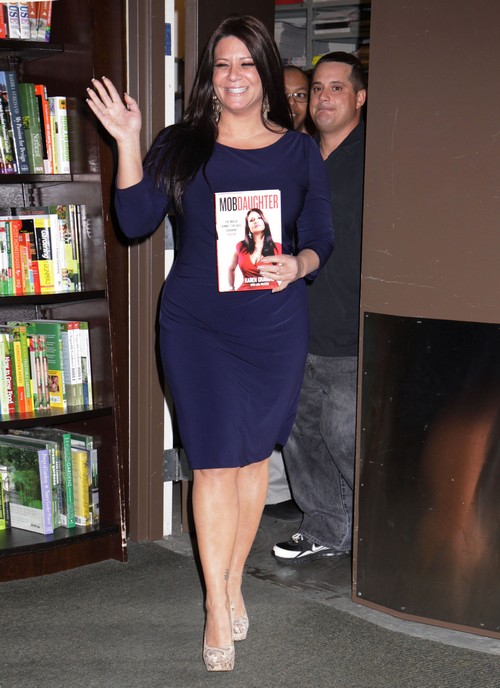 You didn’t think that the tangled Mafia web that helped to weave the reality show Mob Wives on VH1 was going to stay uncomplicated, did you? It’s amazing that they’ve gotten three seasons out of these chicks without running into a serious problem! As season four approaches finally some of the inner drama has led to Karen Gravano being kicked to the curb.

Why you ask? Well it all ties into Edward “Tall Guy” Garofolo who is currently cooling his jets in federal prison after pleading guilty last year to murder conspiracy. He will only be featured on the new season of Mob Wives via phone calls to his wife, Alicia DiMichele but he still seems to carry a lot of weight with producer, Jennifer Graziano according to Richard Johnson for Page Six.

On the inside, Tall Guy is known for his powers of persuasion and he has personal family beef with Karen’s father, Sammy “The Bull” Gravano as his father was one of his many victims. Of course Sammy is a famous mob turncoat rat who betrayed his partners and friends by cooperating with law enforcement.

If you’ve watched the show you’ve watched Karen try and fail to fit in. She has insisted on mingling with a bunch of women that believe that she is the lowest form of life thanks to her blood relation to the biggest rat in mob history. Karen would be wiser to just walk away and attempt to start a different kind of life far from these ladies and it seems that the producers agree. They’re making it a bit easier for Karen to contemplate it at least because once Mob Wives returns in January Karen will be missing from the cast. Rumor has it that in order for Graziano to keep Tall Guy and his wife on board she had to cut the snitch’s daughter from the cast.

Will you miss Karen when the new season returns? Doesn’t she seem like a total glutton for punishment the way that she desperately wants acceptance from the one group that will never in a million years give it to her? Tell us your thoughts in the comments below!