BY Kristine Francis on June 18, 2013 | Comments: one comment
Related : My Teen is Pregnant & So Am I, Reality TV, Recap, Television 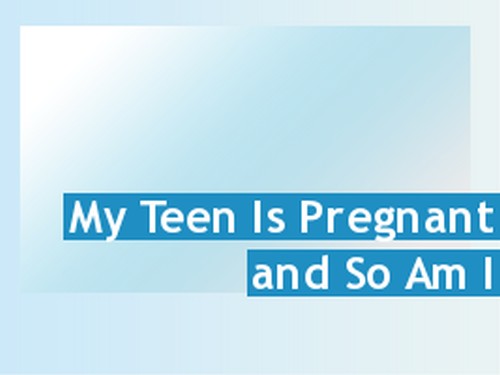 Tonight on TLC their new reality series premiere called, MY TEEN IS PREGNANT & SO AM I continues with its second episode called, “For the Love of Family.”  On tonight’s show tensions run high at Lorna and Chae’s baby shower. Kim’s boyfriend violates probation.  Did you watch last week’s episode we did and we recapped it here for you.

On last week’s show we met the four mothers who had to deal with the surprising news that they are pregnant again, while simultaneously handling the sheer shock that their teenage daughters are unexpectedly pregnant at the same time. With two newborns to bear, the intensity of their experience escalated their everyday lives into a whole new tumultuous reality.  Each of the four families deals in their own unique way with their unplanned circumstances. If you want to find more out about each of the families, we have a look at each one, CLICK HERE ….

Tonight’s episode sounds like some serious drama will play out between these ladies onscreen.  So be sure to tune in for live coverage of TLC’s My Teen is Pregnant & So Am I Season 1 Episode 2 “For the Love of Family” – tonight at 10PM EST.

Nicole and AJ have broken up. Nicole needs help with her other three children so Mariah is helping out her mom and Mariah’s boyfriend is helping her out. Josh considers it practicing. As they’re watching Mariah’s two year old Sophia, Mariah and Josh are getting worried about money.

Kristi and her husband are adjusting to their new baby. Their daughter Kim’s baby is due soon. Kim’s boyfriend Michael is about to face the judge over his failed drug test. Michael is talking to his mother. His mother is warning him to remain respectful to Kim’s parents despite what they may say. Kristi wants her daughter to understand that Michael may never get his act together and she needs to face that possible scenario. Kim is just focused on not being a single parent. She wants her son to have two parents like she does.

Lemhele’s boyfriend Troy came over dinner. Their relationship has been on and off but he’s a good dad. Lemhele is getting testy with her daughter. She can’t track down Shaniyah’s baby father. Shaniyah claims she only knows his age and name. But she does know more, she just want her mom to mind her own business. Shaniyah feels sure the baby father will be around.

Chae is having contractions. She previous had surgery on her cervix in which a good portion had to be removed. Her mom is worried that the baby father, Austin, won’t man up in time. Luckily after doctor visit the contraction are proven to be a false alarm. Chae is relieved about the false alarm but is now starting to doubt Austin herself.

Mariah and Josh are taking parenting classes. Mariah feels they have a lot to learn. When they’re asked how they would like to parent your child, Mariah says she doesn’t want her daughter to get pregnant at sixteen like she did because she never had a childhood and now won’t get anyone with a baby on the way.

Chae and her mom are having a double baby shower. Chae had to pick up Austin because he doesn’t have a car. Austin’s family didn’t come to the shower. Austin’s Mom doesn’t trust Chae because she got pregnant when she was Austin were together for a short time. Chae’s family make Austin uneasy. They come out to ask his intentions. After getting in a small fight with Chae, he calls his friend to come pick him up.

Kim is with her friend Shio. Michael was sent to a rehab for 6-9 months 2 hours away. Kim is starting realize Michael won’t change unless he wants. She still hopes he will change but she’s not sure he even loves her.

Lemhele is due any day now. She’s worried about her daughter because she feels Shaniyah isn’t being realistic. Shaniyah believes she’s still going to have her life and eventually become a lawyer. Lemhele had called Shaniyah’s dad for help when she found out but he hung up on her. So right now dealing with everything by herself she calls it emotional hard.

Nicole is dealing with one income household and telling her daughter it’s been hard. Mariah knows her mom won’t be able to help her but she’s also sad for her mom.

Lemhele goes into labor. She delivers a healthy baby boy. A big boy at 8 pounds. She brings her son Jace home. She wants Shaniyah to start thinking about her own upcoming delivery. Shaniyah feels her mom is scaring her. Shaniyah holds her new brother nervously. She knows things are going to be different but it still doesn’t feel real to her.