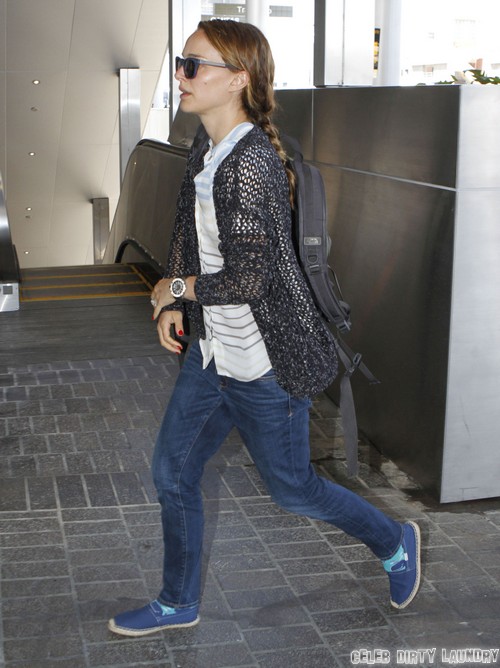 Natalie Portman’s Jane Got A Gun has had one of the most troubled production sets in the past few years of Hollywood film making. After the last minute director switch/firing/whatever the hell happened, there was also actors dropping out, getting replaced, dropping out, and then getting replaced again. It seemed like nothing was going right, which was unfortunate because the script is said to be excellent.

So, is all the pressure finally starting to take its toll on Natalie? According to a new report from Star, Natalie is driving everyone crazy with her temper. A source close to the production set told Star, “Natalie and her producing partners are literally ‘Harvarding’ this movie to death and second-guessing every decision they make. Nobody has any confidence in the project anymore. They’re all so miserable and tiptoeing around Natalie and her terrible temper.”

The source also adds, “She is such a micromanager and has no qualms about dressing someone down and humiliating them… she’s made people cry and never apologizes. She tells everyone how to do their job: the lighting guy, the sound guy and the director. It’s crazy!”

Um, she’s the producer. It is her job to tell others what to do, and it is also pretty much a given that producers are ‘micromanagers’. That being said, I could see her being completely stressed out by this point in the film’s production, and she might be taking it out on some other people on the set. I don’t think it’s anything crazy because Natalie is pretty professional when it comes to her career, but this is the first time that she’s both producing and acting in the same film, and the pressure might have been too much – especially with everything that’s happened. I’m choosing to give her the benefit of the doubt because of all that, but with all these problems and rumors, I’m more worried about the final product of this film. Fingers crossed that director Gavin O’Connor is able to salvage it and make into the great film that the script hinted at.