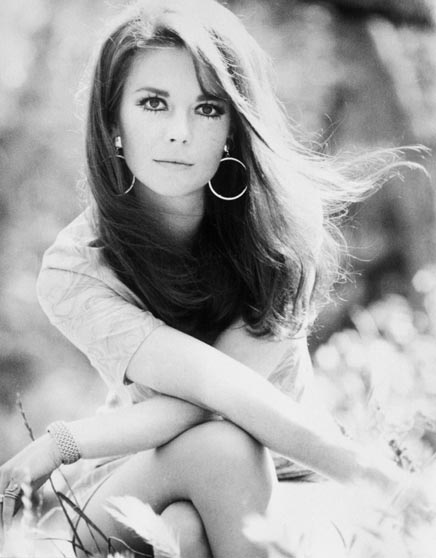 November 29 marks 31 years since Hollywood golden girl Natalie Wood drowned on a weekend trip to California’s Santa Catalina Island with husband Robert Wagner.  While one may assume the passage of time makes it easier to move on, her troubled daughter Courtney Wagner – just seven when her mom died – says each anniversary of the tragedy is harder than the last. Never really knowing your mother and the incident looming over your life for 31 years can be stressful to say the least.

Despite her Hollywood heritage, life hasn’t exactly been a breeze for Courtney, who earlier this year was arrested for cocaine and heroin possession, stemming from a violent incident at her Malibu home that ended with a gunshot and 911.  Although she was eventually released from all charges, Courtney still contends with feelings of shame tainting her mother’s name.

An autopsy determined that Wood’s death was an accident by drowning and hypothermia, several facts surrounding her death have consistently been called into question, and last November the homicide investigation was re-opened when a worker on the ship told reporters that a fight between Wood and Wagner led to her death, a notion deeply troubling to Courtney.

According  to sheriff’s Lt. John Corina, Wagner was interviewed by authorities soon after Wood’s drowning in 1981, but the actor is the only person who was on the yacht the night Wood died who has not spoken to detectives as part of the latest inquiry, despite repeated requests and attempts.

The detective’s remarks provided new insight into the case that has remained one of Hollywood’s enduring mysteries. Earlier this year, coroner’s officials released an updated autopsy report and it detailed why Wood’s death had been reclassified from an accidental drowning to a drowning caused by “undetermined factors.”

The renewed inquiry came after the yacht’s captain Dennis Davern told “48 Hours” and the “Today” show that he heard Wagner and Wood arguing the night of her disappearance and believed Wagner was to blame for her death.  The updated report states the change was made in part because investigators couldn’t rule out that some of the bruises and marks on Wood’s body happened before she went into the water.

However, Authorities have not identified any suspects in the case.

A new scandalous revelation has been discovered and the National Enquirer claims to have uncovered documentation – an official lifeguard log – which suggests Wagner and Walken had engaged in a sexual act and that Wood may have walked in on them and set off the chain of events which lead to her untimely and still unexplained death. There have been numerous discoveries in this story over the past 31 years all which have led to nowhere or an arrest.  The new discovery is not far-fetched especially with the term “down-low” keeping an act, action or some other piece of information a secret.  It is not uncommon for men who identify themselves as hetero, but have sex with men secretly to do anything necessary to keep their little secret in the 80’s and especially in Hollywood.  If Natalie witnessed the Supposed love feast between Wagner and Walken it could have certainly torpedoed their careers as Hollywood was not known for not being understanding when it came to gay actors in the 80’s.