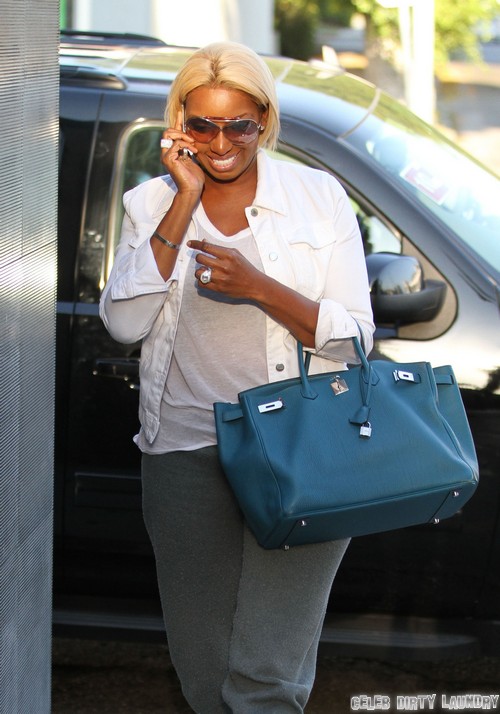 Real Housewives of Atlanta star NeNe Leakes was spotted at New York Fashion Week sporting a face that looked drastically different from her old one.

A top plastic surgery has revealed that NeNe looks like she’s undergone a ton of plastic surgery in the past few years, explaining, “Could plastic surgery be the cause? I think so. I suspect she’s undergone at least one, if not two nose jobs over the years that have thinned her nose. I also suspect some Botox injections have given her a nice lift of her eyebrows. Liposuction of her chin is also a distinct possibility, since her jawline looks much more sculpted than before.”

NeNe has previously admitted to her plastic surgery, explaining, “I gotta tell you, I like that liposuction now! I really like it and I would go back when I need it again.”

NeNe is not the first one to over-indulge in plastic surgery, but she’s definitely one of the first to pull off looking normal in the aftermath. I mean, most of the visible changes in her face and body are not drastic – or if they were, they were meticulously designed to not make jarring changes to her face.

In this case, NeNe might have felt the need to undergo more plastic surgery because of her rising status in Hollywood. Unlike most reality stars, especially stars on Real Housewives, she has an acting career to speak of and even though The New Normal hasn’t been renewed, she also has her role on Glee and will likely land other roles as well.

What do you guys think about NeNe Leakes’ plastic surgery? Do you think she looks good, or she’s finally crossed the limit? Let us know your thoughts in the comments. It’s still depressing that actors and reality stars feel the need to constantly update their face to get ahead in the industry, but at least she hadn’t gone into Michael Jackson territory.