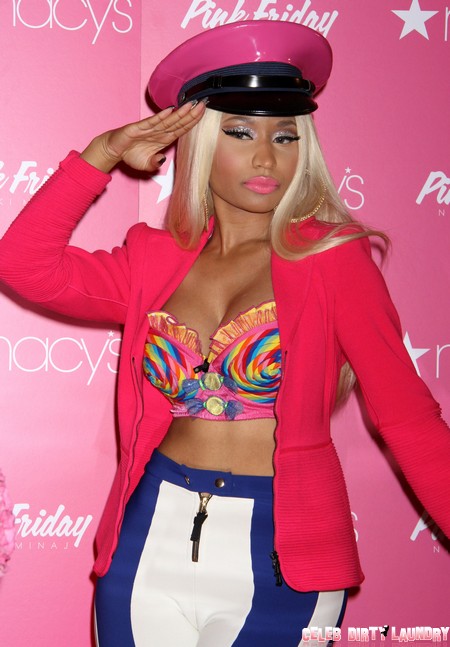 This last week on American Idol, the show hit its lowest TV ratings ever.  For a show that lived through some pretty awful judges the worst it seems is Nicki Minaj. She started drama the moment she came on back in the summer. If you don’t recall that’s when she went off on fellow judge Mariah Carey.

Still I get why the producers didn’t fire her from then. They thought her level of drama would be good for the show. When is drama not good for reality TV? Why else would the producers tell her ‘Nicki, trust us, America is going to appreciate the honesty.’ No, the viewers like honesty, even when it’s a bit brutal, that’s why they loved Simon Cowell, but they hate Nicki. Why? Well, because she comes off as a bratty, insensitive, arrogant waste of space. It’s true. They have an entire Facebook page and a large Twitter following all dedicated to removing Nicki off of AI.

If the show wants drama then hire Justin Bieber. The idea was floated around to Nigel Lythgoe, the boss, about Justin being a mentor in a brief impromptu interview conducted as he fled into a restaurant. Yes he’s also bratty and arrogant but he’ll bring in the viewers. Pre-teens would flock to whatever project Justin was on. Mr. Lythgoe’s response however was mixed on the suggestion. At least it wasn’t an outright no. Just some weariness with Justin’s string of troubles and that surely would wear off if the ratings continue to tank.  Anyway, yes, mentors can become judges. The same way judges can become mentors. At least that’s what Randy Jackson is considering.

But Lythgoe’s answer when asked if Nicki would be welcomed back next season as a judge on idol was peculiar – he said, “by ME she certainly will be.” This was said somewhat cryptically and with a strange emphasis on the word ‘Me.’ The implication being that while HE might welcome Nicki back there are clearly others who would NOT! It was funny because it was clear he didn’t want to talk about Nicki and while the words comprising his answer were positive, the tone and general evasiveness said, “NICKI is TOAST!!”

According to TMZ, Randy wants out and we all know who to blame. So thank you Niki – because if you made Randy quit, then the career you’ve been using all season to self-promote will, if not tank, then at least lose steam. I guess no J.Lo exit for you.